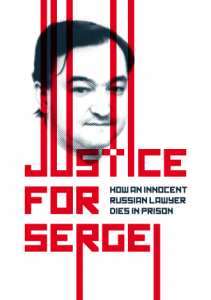 Yesterday Hermitage Capital Foundation released a report into the death of the company’s lawyer, Sergei Magnitsky, in pre-trial detention on November 16 2009. The 75-page document, which makes for indispensable reading and which can be downloaded here, provides an independent investigation into the death of the auditor who had uncovered a $320 million tax fraud perpetrated by a group of interior ministry officials.

It has been insistently maintained by the authorities that it was acute pancreatitis which killed the 37-year-old.  Meanwhile, Hermitage has maintained, since the lawyer’s death, that the victim did not receive the medical attention which was required for that condition and gallstones, following eight months in deplorable prison conditions.  One of the principal findings of the new report is that Magnitsky was beaten to death with rubber batons, which is attested to by ten officials from Matrosskaya Tishina Detention Center.  A testimony by Dr Kornilov, a Civilian Emergency Doctor, from December 8, 2009 noted that he was ‘shocked to find the patient not in a hospital room, but in a regular cell, on the floor dead’.  The findings of the civilian doctors are particularly instrumental in revealing the truth, which, the report says, was masked by more than 3,500 articles written by the Russian press perpetuating a cover-up story.  These are just a few of the shocking revelations which have unmasked the rampant audacity of corruption in Russia and the horrifying punishments that befall those who might expose it.  Hermitage, its founder Bill Browder, and Magnitsky’s mother have worked tirelessly to seek justice for the deceased with a series of videos, reports and investigations.  We can but hope this time it will not fall on deaf ears.