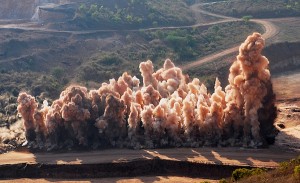 This article originally published in Insurance Day on 11 December 2012.

The thing about measuring political risk is it is never the same tomorrow as it was today.

It seems every day there is news of major social or political upheaval that has an existential impact on both foreign investors and their insurers. From threats of a coup in Thailand to rebel invasions in the Congo to an anti-corruption trial in Brazil, every business with foreign operations finds itself tasked not only with navigating complex political issues but also coming up with its own policies to limit exposure and rapidly respond to changing conditions.

While political risk has always been a factor for investors and their insurers, in more recent years a confluence of events has led to a heightened sense of exposure. Accounting firm Ernst & Young has titled “resource nationalism” as the biggest risk facing mining companies for the second year in a row, while Eurasia Group warned investors the tenuous balance of domestic economic stability against international security would be a theme for 2012.

Slower growth in established markets combined with saturation in the Bric countries (Brazil, Russia, India and China) have pushed investors out to less familiar frontier markets such as Nigeria, Indonesia, and Kazakhstan, which, for example, feature unique legal challenges and risks.

In my experience working in countries featuring deficient rule of law, there were always a number of common steps and approaches that we would recommend to clients to offer the best protection possible.

Firstly, it is important to have high-quality intelligence on your risk profile. Traditional approaches to measuring political risk have focused on assigned quantitative values to both dynamic and structural risks, from regime stability to monetary policy and exchange controls. But when assessing country and project-specific risk, these traditional models need to be supported by an expanded understanding of geopolitical trends in the region and the motivations of every company stakeholder.

A few years ago, some groups began to implement something they called an “inverted risk calculus” which examines the quality of a political relationship with the local government and state-owned firms. This kind of assessment is just as important as the financial details of a potential deal.

Because of the flexible and discretionary approach to property rights and contract law in many emerging markets and the ever-weakening rule of law, the risk manager is not likely to have an accurate degree of certainty of what the risk actually is or what the driving factors are.

In these cases, the pricing or valuation of an opportunity is no longer dispositive, and insurers are already adapting to this enlarged role of geopolitical risk, which goes far beyond simple elections to include a measurement of active cooperation in helping the government and national champions secure their objectives.

After rebalancing a risk profile with a heavier emphasis on politics, it is in the interest of the insurer that the insureds come to an agreement over what types of state intervention may be possible and why.

For example, in a number of countries from Venezuela to South Africa to Indonesia, we have observed policies of resource nationalism that respond to ideological imperatives. In Canada and Australia similar problems arise out of suddenly aggressive tax regimes based on financial imperatives. And lastly, in challenging markets such as Central Asia as well as China, you have risks of state intervention guided by arcane clan politics and internal power dynamics.

The point is, along with each set of driving factors, certain strategies should be pursued in order to successfully build a structure of incentives among the different parties to predictably settle disputes and continue operations.

There are a number of pre-emptive legal and advocacy actions that can be adopted to mitigate risk:

• For example, all investors should undertake a comprehensive review of potential exposure not simply before abuses of regulatory, tax, and criminal law, but also administrative law; and

• For example, on numerous occasions in Russia, oil executives from a well known multinational corporation were jailed and interrogated over alleged “visa issues.”

One of the most important gold mines in Kyrgyzstan is in danger of seizure based on technicalities of its operating license. Meanwhile, in relatively advanced economies like South Africa, decisions in the land reform process often come down to the paperwork.

For the insureds facing a hostile host government or a determined competitor, the motivation is often very separate from the tactic used to damage the asset. There may not be any environmental disaster, human rights issues, or regulatory compliance problems – sometimes the most upright corporate citizens become the first targets through unexpected applications of administrative law.

Another area that deserves careful examination is the expansion of corporate social responsibility (CSR) programmes. CSR has become a commonplace pre-emptive tactic to minimize political risk by seeking to align interests of the community and political stakeholders, and demonstrate the “win-win” aspect of a mutually beneficial relationship between the company and the people of the country.

If anything, CSR needs to co-joined with a broader corporate foreign policy (CFP). Whereas CSR often becomes trapped behind a wall of optimistic rhetoric and little actual results, a CFP can be designed to build a network of local multilateral relationships and incentive structures that goes beyond the limited target of government relations.

In countries such as Venezuela, Nigeria, and Indonesia, we have observed some companies who continue to thrive despite significant political risk because of a well-designed CFP that balances interests of key officials in the administration alongside more permanent community leaders. Many other investors, unfortunately, have not been so lucky.

The issue of designing pre-emptive, independent political strategies on behalf of companies relates closely to the issues of human rights present in each of these countries.

Any insured that has employees in its foreign operations is exposed to a certain level of human rights, but what many investors do not realise is there is also a benefit. Due to the growing body of international law surrounding the protection of human rights, there are many mechanisms available to protect the rights of the company against unlawful violations.

In some countries, where arbitration is seen as an ineffective resolution, the invocation of protections under international human rights treaties to protect employees and investment is sometimes the last line of defence.

In conclusion, insureds will find themselves in the strongest possible position – potentially allowing for the consideration of premium discounts – if they consider the following factors when investing in unstable political economies:

• The preparation of a dynamic, rebalanced risk portfolio;

• An examination of all scenarios for possible state intervention;

• The deployment of strong CSR and CFR programmes; and

• The organisation of the full tool box of legal responses from arbitration to local criminal law to international treaties.