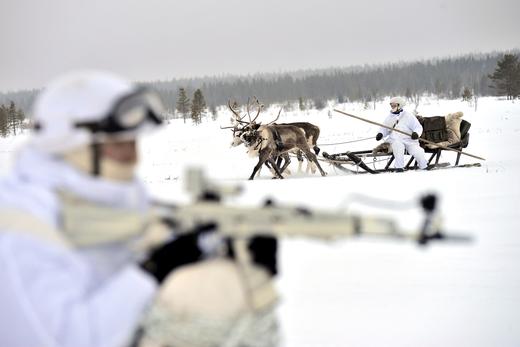 Two of the six Russian suspects arrested on treason and illegal hacking charges, both of whom are apparently FSB agents, now stand accused of collaborating with the CIA (although the Kremlin has not actually gone public with any such charges).  Government officials of the Czech Republic have been hacked in a cyber-attack ‘thought to have been carried out by Russia’, and which is drawing comparisons with the Democratic party hacking in the U.S. last year.  Kremlin opposition leader and anti-corruption campaigner Alexei Navalny will be forced to attend his court hearing in Kirov tomorrow, having been physically removed from his office in Moscow.  Navalny’s team say they will press forward with his presdential campaign regardless of the trial’s outcome.  Russia and Ukraine are trading accusations of blame for the lethal increase in fighting in eastern Ukraine in the past two months.  A Russia-U.S. alliance will strengthen the former’s existing ties with China, upset the global power balance, and make it even more difficult for less powerful countries to get support from the United Nations. ‘Putin, Trump and Xi are a trio of most unfriendly leaders for multilateral cooperation since the end of the Cold War, if not the beginning of the UN,’ said a former official.

The Orthodox Church in Russia is threatening to put punishments in place for teachers and parents who do not cultivate ‘spiritual values’ in children.  As deregulation measures pass, women in charge of domestic violence refuges in Russia say that victims of domestic abuse already struggle to get convictions in Russia and need more legal protection, not less of it.  The Freedom House report for this year says Russia has a ‘repressive environment’ which puts both its own and the civil liberties of other countries at risk.  The Ministry of Natural Resources is working on a priority project for the protection and conservation of Lake Baikal, the world’s largest freshwater lake (titled ‘Great lake of the great country’).  The Guardian fleshes out the details of Deutsche Bank’s fine in New York in relation to Russian money laundering.

A drop in Russia’s consumer goods prices, spurred by the dramatic fall in demand caused by inflation, is changing the consumer landscape, forcing down the cost of imports, and slowing inflation.  McDonald’s is planning to open more than 50 new restaurants in Russia this year – less than last year, but not an indicator of a slowed pace of expansion, it says.

PHOTO: Russian servicemen of the Northern Fleet’s Arctic mechanized infantry brigade participate in a military drill on riding reindeer and dog sleds near the settlement of Lovozero outside Murmansk, Russia, Jan. 23. (FEDOSEYEV/RUSSIAN FEDERATION via Reuters)