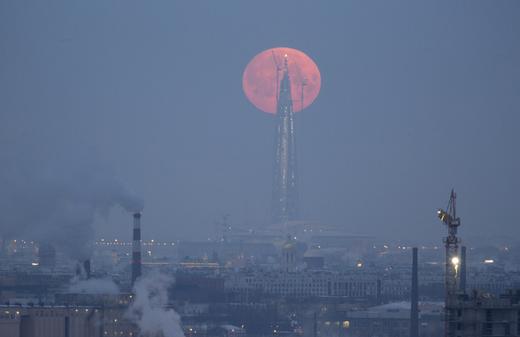 It has emerged that the chiefs of three Russian intelligence agencies were in the US last week, and not just SVR head Sergey Naryshkin, as was originally reported, suggesting highly unusual circumstances. Kremlin spokesman Dmitry Peskov responded to contradictory remarks from the US regarding its recent Kremlin List and the possibility of new sanctions, calling it “a rather unpredictable counterpart”.  The list has reportedly already knocked $1.1 billion off of the assets of the oligarchs listed. The US Treasury attempted to defend its widely-mocked list, insisting that it will be the basis for future sanctions. In a provocative move, Vladimir Putin renamed a regiment of the Russian air force after the Estonian capital; he says the name was intended to “preserve holy historical military traditions”. Russia must continue to deliver oil products to North Korea, as anything else would be seen as an act of war. Russia’s World Cup could be thwarted by a plague of locusts.

Two of Alexei Navalny’ associates were given jail sentences yesterday (of 8 and 5 days respectively) for hosting a webcast about the weekend’s anti-Kremlin protests, charged with organising a public event without a permit; other campaign members were given longer terms. The New York Times spoke to the Communist Party’s presidential candidate, Pavel Grudinin. Bloomberg claims that Putin is establishing a younger generation of officials and bureaucrats who are entirely loyal to him, and who will guarantee his security and his legacy once he leaves office. The Finance Ministry will attempt to recapitalise Promsvyazbank and transfer it to state ownership with funds recovered from its bailout of two other banks last year (Otkritie and B&N).

The International Olympic Committee accidentally included a banned Russian athlete in its invitations to the Pyeongchang Games. The former Governor of Kirov Oblast, Nikita Belykh, is expected to receive a verdict today in the bribery case against him. Siberia is dealing with black snow.

PHOTO: A full moon is seen behind the business tower Lakhta Centre, which is under construction in St. Petersburg, Russia, January 31, 2018. (REUTERS)