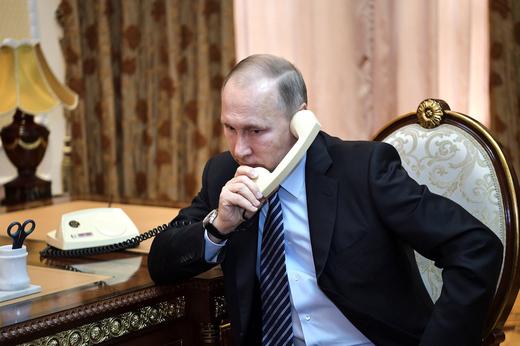 Police have raided the Moscow apartment of journalist and rights activist Zoya Svetova, whose ties to Mikhail Khodorkovsky’s Open Russia organisation are thought to be the reason for the search. Svetova was allegedly tricked by investigators who pretended they had come to give her a summons; Amnesty International called the raid ‘deeply alarming’.  Yelena Abdullayeva, also a human rights activist, had her apartment searched by police later the same day.  Europe is more dependent than ever on Russian gas, and is expected to stay that way for at least another two decades, according to Russian analysts. Gazprom’s gas export sales account for more than 10% of Russia’s total exports.  Gazprom says it ‘can’t see yet who else could offer European customers natural gas that’s as affordable’.  A new study commissioned by the Kremlin is highly critical of many contemporary trends on Russian television, concluding especially that shows hosted by political pundits are presented in ‘strongly emotional terms and fixated on confrontation between Russia and the U.S., the West, and Ukraine – often in overtly military terms’.

During a meeting with his Kyrgyz counterpart in Bishkek, President Vladimir Putin said that Russia would close its military base there if Kyrgyzstan’s military forces become stronger, and if the Kyrgyz government requests it.  During the same visit, he also said Russia is confident that it can resolve current various disputes with Belarus.  Russia and China vetoed a United Nations resolution to impose sanctions on Syria over its alleged use of chemical weapons, and Vladimir Putin described the draft resolution as ‘totally inappropriate’.

The Russian Investment Forum has just ended in Sochi, with 314 agreements worth $3.45 billion being signed.  Russia is looking into the possibility of building a road that would link it with Japan.  Continuing his earlier line on sanctions, Prime Minister Dmitry Medvedev says Russia should be prepared to live with them for some time, and that the U.S. and Europe are currently trying to ‘enshrine these sanctions in law’.