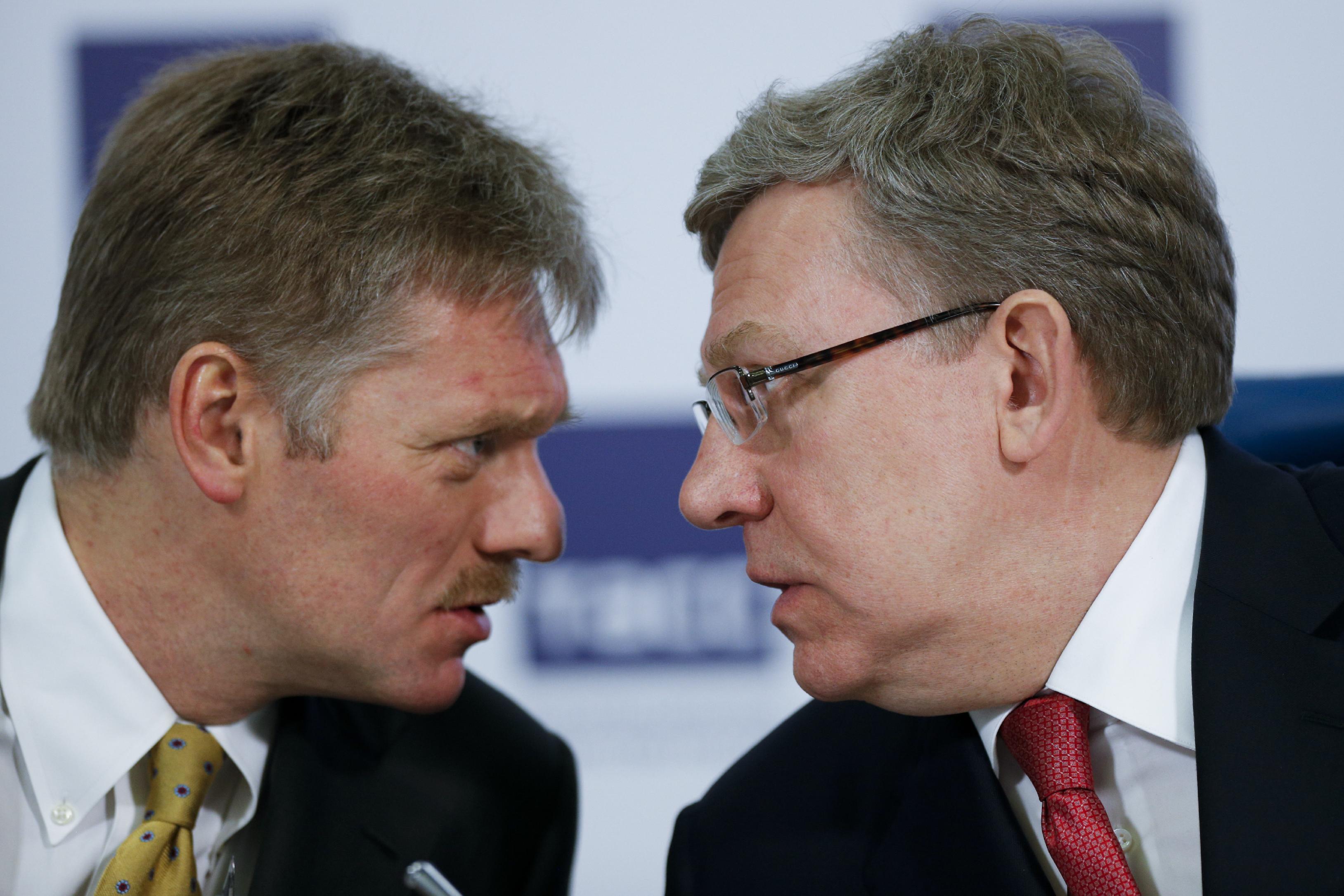 Former Finance Minister Alexei Kudrin says Russia’s economy will stagnate within the next five years, even if reforms are set in motion. ‘It is difficult for me to estimate whether we have passed the peak of the crisis or not. But I would say that the second quarter of 2015 will be very difficult,’ he said.  Kudrin urged President Vladimir Putin to use his lofty popularity ratings to push through economic reforms.  He estimates that Russia’s total losses stemming from the annexation of Crimea (including losses due to sanctions as well as direct costs) will come to $150-200 billion over the next 3-4 years.  Other former allies, such as Igor Yurgens, are speaking out against Putin’s policies, such as the move to brand liberals as ‘fifth columnists’; Yurgens says Russia needs its liberals in order to survive Putin’s economic policies. The heads of Russia’s major state-owned companies will be exempted from having to make public income declarations, despite an order signed last year by Prime Minister Dmitry Medvedev;  a new ruling states that company bosses no longer qualify as public servants and therefore do not fall under the original decree.  A panel discussion of sociologists, economists, and political scientists attempted to explain the reason for Putin’s sky-high popularity ratings yesterday, concluding that Russians feel Putin protects them against internal and external threats, and buoys them up with national pride.  Kremlin spokesman Dmitry Peskov says, in order for Russia to look to the future with confidence, it needs to scrutinise Vladimir Putin’s past fifteen years of rule.

Greek Prime Minister Alexis Tsipras says his government disagrees with anti-Russia sanctions, which he described as a ‘road to nowhere’, and stated that he wants to improve trade and energy ties.  Greece is asking Russia for a gas price cut and an end to Moscow’s embargo on Greek food exports.  Poland is so concerned about an imminent Russian invasion that increasing numbers of citizens are reportedly joining volunteer paramilitary groups.  Georgia’s president says Russia poses a threat to the country’s regional security.  Alexander Reimer, the former head of the federal prison authority, has been arrested on suspicion of embezzling billions of rubles during his posting.  Western-mediated colour revolutions (so-called) are apparently financed with drug money, says a Russian official.

Lyudmila Kuzmina, the leader of a regional branch of electoral rights group Golos has been evicted from her apartment in what she says is a politically motivated tax evasion case.  Former KGB officer, exile and Kremlin critic Oleg Kalugin claims that Vladimir Putin oversaw war crimes in Chechnya, and makes various accusations about the President’s time in the FSB.