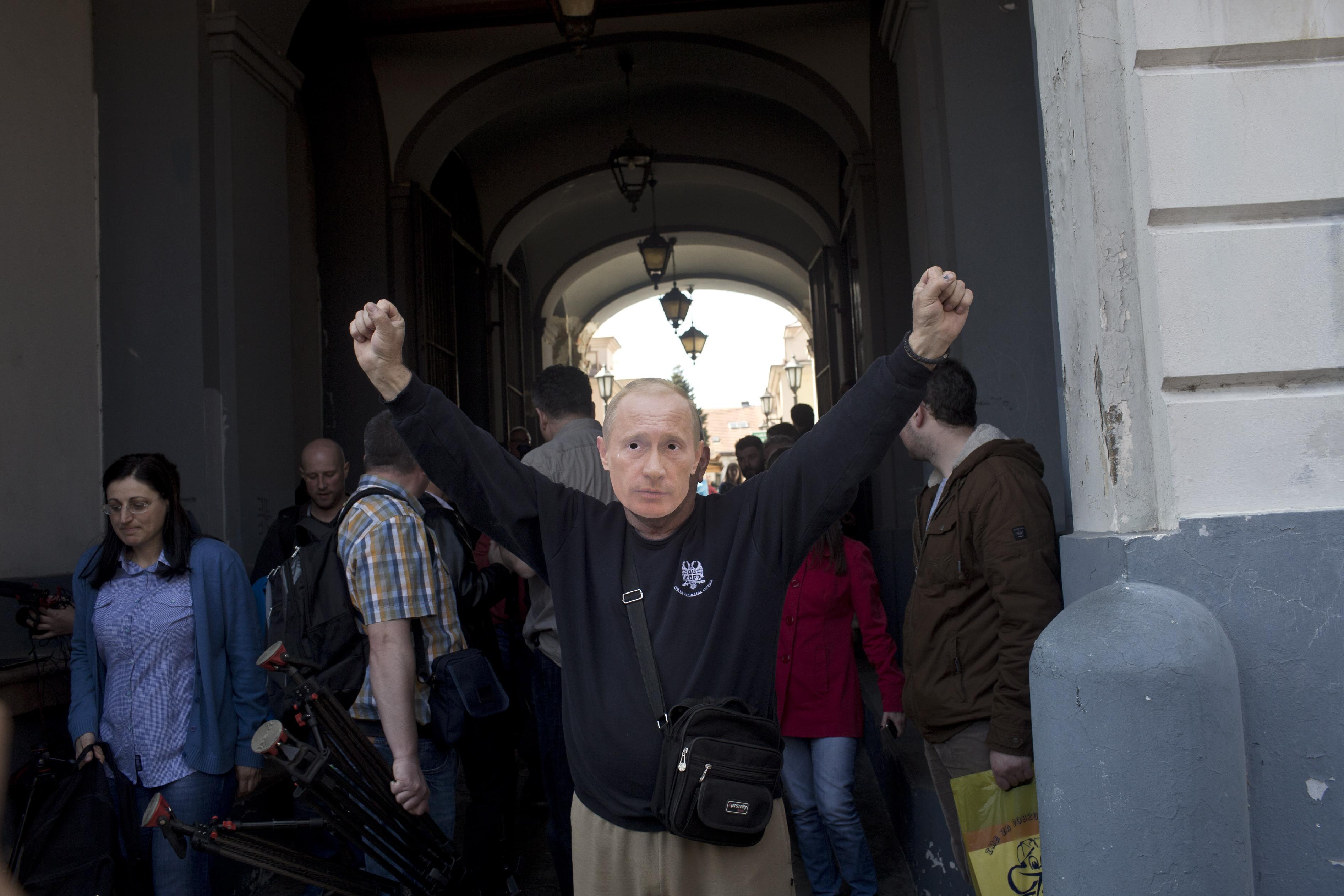 TODAY: Putin associate provided properties to women linked to the President; spotlight on Shamalov; Investigative Committee trying to get out of Yukos compensation claims; Russia’s millionaires are leaving; US will boost military presence in eastern Europe; Peskov scoffs at Ukraine’s new sanctions.

Reuters reports that Grigory Baevsky, a businessman from St Petersburg, has provided properties to four women who are all closely linked to President Vladimir Putin, including his daughter Katerina Tikonova, and relatives of a woman rumoured to be his girlfriend. Baevsky himself also seems to have benefited from state contracts.  The New York Times has a special report about Kirill Shamalov, the man who married Tikhonova, with detailed information about their wedding and the successful deals that ensued for the former business manager (whose company now just manages his own personal investments).  The Investigative Committee is currently arguing that Yukos was bought by Mikhail Khodorkovsky ‘for a song’, and that current attempts by former shareholders to win $50 billion in compensation for the company’s dismantling are just ‘another scam’.  Boris Grozovsky says privatisation basically just means that assets will go cheaply to those with close personal ties to the ruling elite. Russia is the country with the sixth highest outflow of dollar millionaires.  This tabloid rumour is too fantastic not to post.

The US has announced that it will boost its military presence in eastern Europe next year with an additional armored army brigade on rotation, on behalf of allies who feel threatened by Russia.  The Kremlin is denying a report about an alleged agreement with the US on the future of Syrian President Bashar al-Assad.  Russia’s no-show at the Nuclear Security Summit in Washington ‘threatens to turn [the talks] into an elaborate anticlimax,’ says the Guardian.  Russia’s ambassador to Europe says anti-Russian sanctions are not on the agenda for its talks with Europe, because they are ‘the problem they created, and they are to solve it’.  Dmitry Peskov responded to news that Ukraine had sanctioned officials with ties to the Savchenko case as ‘bordering on insanity’.  Rosneft is unconcerned about the prospects of $10 oil.

After local authorities in Yekaterinburg were given discretion to approve requests for planned protests, journalists kept tabs on what they actually permitted – including ‘Vladimir Putin is our President’.  Ildar Dadin, an activist charged with numerous violations of protest laws, has had his three-year sentence reduced by six months.  The Constitutional Court’s first hearing under a new law that will allow Moscow to disregard rulings by international courts is now being heard.