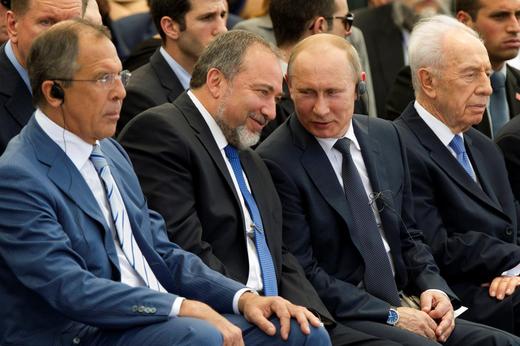 Economic Development Minister Alexey Ulyukayev says he sees no obstacles for German companies to take part in Russia’s privatisation plans.  His statement coincides with the German Foreign Minister speaking out against Europe’s anti-Russia sanctions; Bloomberg is reporting that Chancellor Angela Merkel may now also ‘be amenable to watering them down under pressure from German business.’  The Guardian says oil trader Gunvor paid its own chief executive a $1 billion dividend to help him buy out Russian co-founder Gennady Timchenko, thereby allowing it to avoid the implications of anti-Russia sanctions.  Avigdor Lieberman, a Soviet-born politician and long-term ally of President Vladimir Putin, has officially taken his post as Israeli Defence Minister.  Russia will skip out on the OPEC meeting this week and is no longer seeking an output freeze because prices have recovered to $50 a barrel.  The New York Times ponders NATO’s options for dealing with ‘a new Russian military doctrine that considers the utility of tactical nuclear weapons at the beginning of a conflict’.  NATO will increase defence spending this year for the first time in almost a decade because of Russian aggression.  Russia and China agreed to increase bilateral trade to $200 billion by 2020.

The editor-in-chief of Ekho Moskvy radio station is to be interrogated by police for posting a blog post by opposition leader Alexei Navalny on the station website.  A Tver man was sentenced to over two years in prison for sharing a humorous picture on social media comparing Russia to a tube of toothpaste; 54 people were jailed for hate speech last year over online posts.  A woman from Taganrog was fined and sentenced to a year of labour for distributing leaflets that were critical of the police.  The Observer discusses the power and influence of Russia Today, which now reaches 700 million people worldwide. ‘The Russian government is smart in understanding the new rules of public relations and journalism.’  The European Court of Human Rights (ECHR) ruled that the criminal conviction of newspaper editor Yelena Nadtoka breached her right to freedom of expression.

Condoms are to blame for the current HIV epidemic because, according to the Kremlin, condom companies ‘encourag[e] under-aged people to engage in sex’.  The naming of a new bridge in St. Petersburg after the father of Chechen leader Ramzan Kadyrov is not going down so well.