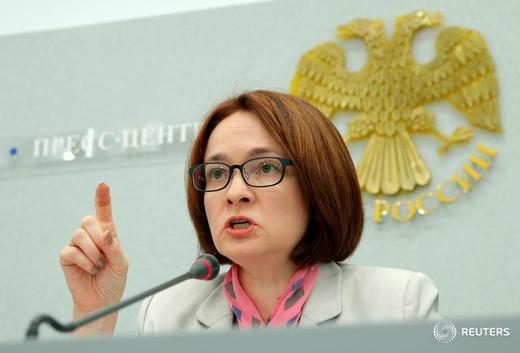 President Vladimir Putin is anticipating that there will be a ‘traumatic effect’ from the British “Brexit” vote to leave the European Union, and says the aftershocks will be felt for a long time; he also made sure to say that Russia had had no influence on the vote.  The US is proposing cooperation with Russia on the Syrian conflict.  Central Bank Governor Elvira Nabiullina says the bank intends to handle bailouts on its own from now on, following a study that found the costs of recent bailouts were exceeding their estimates. Canada will supply troops (some reports put the number at 1,000) for a new 4,000-strong NATO force on the Russian border, but wants to send ‘an equally strong message that we are open for dialogue’.  Russia has replaced the top commanders of its Baltic Fleet – ‘the main fault line between Russia and West’ – for reasons unknown, although Russia has for some time now criticised NATO’s growing presence in the region. Putin says the buildup has created a military imbalance in Europe, and reiterated promises to take retaliatory measures, but ruled out an arms race.

Russia has promised to improve current economic and trade restrictions on Turkey, with Prime Minister Dmitry Medvedev already instructing ministers to get moving on the removal of sanctions, but Russia says it expects compensation for the downing of its jet earlier this year.  Despite relations having seen a breakthrough this week, Russia remains cautious about the prospects of completing TurkStream, its underwater gas link to Turkey, which was originally abandoned due to worsening relations.  Children’s Rights Ombudsman Pavel Astakhov has resigned, following a popular public petition to oust him.

Putin is visiting Finland today in a bid to improve ties.  The President set up a new council for strategic development, which he will head personally, with Dmitry Medvedev as his deputy.  Will the Russian app Prisma take over the world?