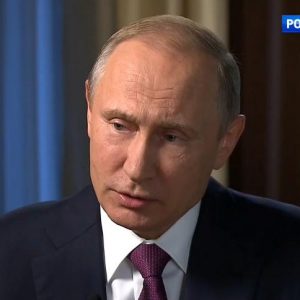 The US Embassy in Russia has said it is still ‘too early’ to say how the dramatic cuts to staff ordered by President Putin will impact its consular operations, but former Ambassador to Russia Michael McFaul feels certain that ‘Russian citizens will be hit hardest’ as wait times for visas will ‘increase dramatically.’ It is predicted that the victims of the cuts will largely be the embassy’s local Russian staff. That being said, the American employees may find their job descriptions widening: the last diplomats to face similar cuts at the end of the Cold War recall extending their consular skill set to car washing and catering, reports RFE/RL. The US embassy has accused Russia of preventing its staff from entering a guest-house property in Moscow, despite previous assurances that access would be granted for the retrieval of belongings. In an interview with state television, President Putin has explained that Russia hesitated to introduce sanctions ‘for quite some time,’ but lost hope in the face of ‘unfounded accusations about interference in the domestic affairs of the United States’. These accusations do not seem to have deterred the Kremlin from continuing an exhaustive spying campaign against Washington, says William Evanina, of the National Counterintelligence Executive.

At the end of the summer Moscow will send up to 100,000 troops to the eastern edge of NATO territory, a move that, according the New York Times, ‘recalls the most ominous days of the Cold War.’ Visiting Estonia, a nation unnerved by the prospect of Russian aggression, US Vice President Mike Pence has reaffirmed the United States’ military commitment to the Baltic states. The foreign ministry has lambasted Warsaw for barring Russia from participating in a project to commemorate the Sobibor death camp, condemning what it sees to be overt Russophobia. The Kremlin has also warned Poland that it will face sanctions if it persists in its plan to remove monuments to the Soviet victory in World War Two. In an attempt to reduce Ukraine’s energy reliance on Russia, later this month, the US will begin delivering coal for the first time to Ukraine. A new twist in the tale of President Trump’s Russia dealings, as the Washington Post reports he personally dictated a statement for his son to present to the press regarding the reason for his meeting with a Russian lawyer during the presidential campaign.

In a move likely to irk the authorities, Novaya Gazeta has published photocopies of documents they say corroborate their earlier investigation into extrajudicial killings in Chechnya. Renowned musician Fyodor Chistyakov has taken the decision not to return from the United States, where he is on tour, as a result of Russia’s ban on the Jehovah’s Witnesses organisation, of which he is a member. Amnesty International has decried the new law criminalizing the use of Internet proxy services as a ‘major blow to Internet freedom’.