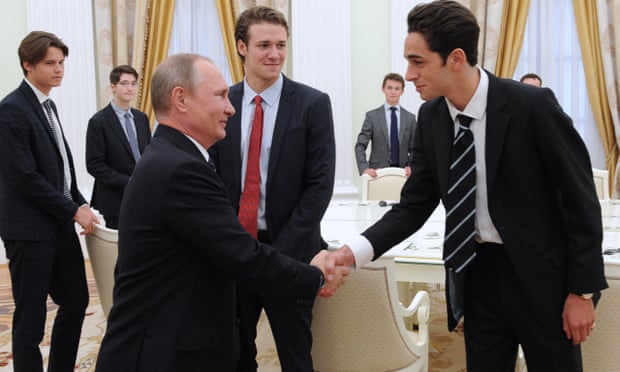 German Foreign Minister Frank-Walter Steinmeier says he is in favour of Russia rejoining the G8 (it was suspended in 2014 in the wake of the annexation of Crimea).  But Kremlin spokesman Dmitry Peskov says Moscow prefers the G20 format to the G8, ‘which allows for having a better picture of the leading world economies’ reaction to the ongoing processes and which most fully reflects the line-up of forces and enables Russia to better display its potential’.  In the context of the report recently released accusing Russian forces of using chemical weapons in Syria, Russia’s Foreign Ministry accused the US of using the UN Security Council ‘for some sort of PR goals’.  The Swiss Supreme Court rejected the Russian Paralympic Committee’s appeal to overturn the ban on its athletes from the Rio Paralympics next month.  The ruling also affects the individual appeals of over 100 Russian athletes.  Russia is planning to host its own competition for its Paralympic athletes next week.  Meanwhile the International Olympic Committee is continuing to strip 2008 medals from athletes following retesting. The interests of Wikileaks are often similar to Russian interests, notes this piece, and Russia remains ‘notably absent’ from Julian Assange’s analysis of global power dynamics. ‘Has WikiLeaks become a laundering machine for compromising material gathered by Russian spies? And more broadly, what precisely is the relationship between Mr. Assange and Mr. Putin’s Kremlin?’

The postponement of the Bashneft privatisation indicates that political infighting has trumped business interests, says the New York Times, speculating about whether this indicates similar problems for other assets that the Kremlin is planning to privatise.  An Ekho Moskvy journalist says that the controversial new Minister of Education and Stalin fan, Olga Vasilyeva, has no business being involved in a secular educational system.  The Daily Beast says Vasilyeva’s appointment is part of ‘the shadow of new repression’ which is driving professionals to leave the country.  Putin is apparently attempting to create ‘a bustling frontier outpost closer in spirit to Las Vegas than Moscow’ in Vladivostok, and in service of this aim is ‘chasing foreign money wherever he can get it’, which, Bloomberg speculates, could lead to over-dependence on China.

President Vladimir Putin met with schoolboys from Eton for over two hours in the Kremlin yesterday to chat about world affairs, with one visitor noting his small stature (but not presence).

PHOTO: Russian President Putin shakes hands with a schoolboy from Eton. (The Guardian)