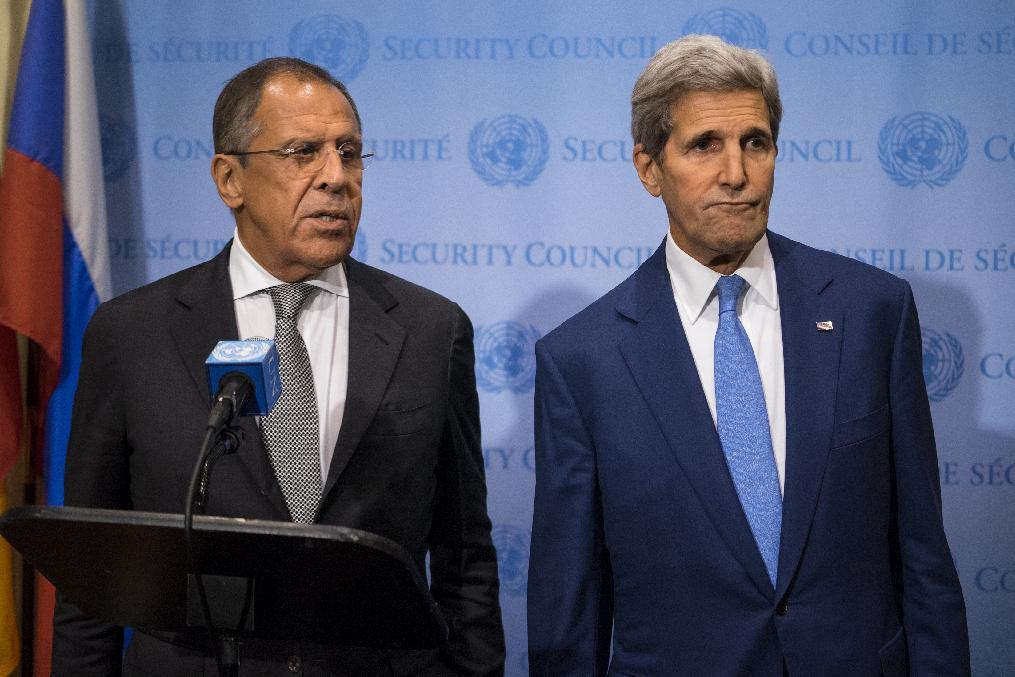 The Russian air force started launching air strikes in Syria ‘against the Islamic State’ yesterday, with President Vladimir Putin describing the move as part of ‘anti-terrorist operations’, and  Foreign Minister Sergei Lavrov saying that the strikes targeted only Islamic State positions.  Yet by all observer accounts, the strike did not appear to be directed at Isis at all; the strike hit a rebel group supported by Western opponents of Syrian President Bashar al-Assad, according to the group’s commander.  France says it is ‘curious’ that the strikes did not target Islamic State militants, but instead appeared to be a move to support Assad in the Syrian civil war.  The U.S. says the strikes merely throw ‘gasoline on the fire’ of Syrian unrest, and the two sides have agreed to hold ‘deconfliction’ talks to avoid unintentional military clashes.  Lavrov says Western journalists should get their information from the Russian Defence Ministry, not the Pentagon (which immediately doomed Russia’s strategy to failure).  Russia followed the strike launch with a call for the world to unite against terrorist groups; U.S. Secretary of State John Kerry said the U.S. would welcome Russians actions if they were actually directed at the Islamic State.  ‘Great powers always look the most powerful when they announce expanded activity in a region. It’s what happens next that matters,’ says the Washington Post, weighing the pros and cons of the strike for the U.S.  NATO thinks that Russia is forming an exclusion zone over the Mediterranean.

The Sakharov Center was fined this week for failing to label an article it posted online with a ‘foreign agent’ warning.  Is the Kremlin planning to raid the national pension scheme to fix its economic problems?  Russians on average value their lives at about 4.5 million rubles, according to Rossiiskaya Gazeta.  A new measure allowing more Russians to file for bankruptcy could cause havoc with the economy.

The Financial Times has compiled a list of this summer’s events that have, it says, brought Putin to his current role of ‘unavoidable powerbroker in the Middle East’.