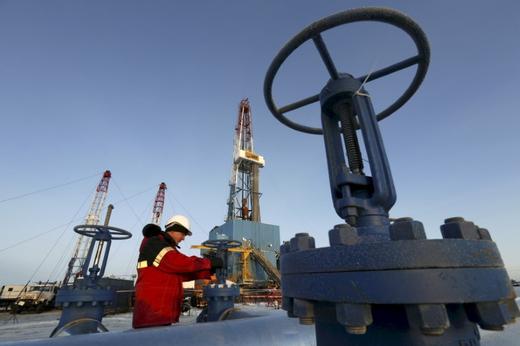 The Moscow head of Alexei Navalny’s presidential campaign, Nikolai Lyaskin, was detained for several hours yesterday, but police did not give a reason why. A businessman in Irkutsk who agreed to provide Navalny with a venue where he could meet with his supporters found a decapitated pig’s head at the entrance to his office. The human rights group Memorial claims that 117 Russians are currently in prison on politically motivated charges, 15 more than there were last year. Brian Whitmore spells out the hypocrisy of Vladimir Putin’s speeches against political repression earlier this week. “Putin’s comments came amid a wave of assaults by pro-Kremlin vigilante groups against opposition figures.” The Kremlin claims that foreign agents working for foreign NGOs are collecting Russian DNA samples and sending the data for analysis; one Duma MP is proposing new “biological security” legislation to control access to Russian DNA.

The Central Bank is against the idea of imposing capital controls in emergencies, and that it has all that it needs in order to support financial stability. A top exec at VTB says Russia is at risk of having to bail out more smaller-sized banks unless there is rapid consolidation. A controversial new law comes into force in Russia today, tightening Internet restrictions by prohibiting the use of proxy services and virtual private networks (VPNs); the law is aimed at preventing the spread of extremism. Russia’s newest ranking in the World Bank’s annual Doing Business report sees it jump 5 spots and overtake many Western countries. Russian sales of Tesla electric cars increased by almost 100%, year-on-year.  This piece takes on Russia’s stance on bitcoin, which has varied quite dramatically this year, with the Kremlin sending some signals that it would regulate the currency more strictly, and others indicating an imminent crackdown. The former head of Naftogaz was arrested in Moscow, accused of embezzling $12 million from Metalloinvest.

PHOTO: A worker checks an oil pipe at the Lukoil-owned Imilorskoye oil field outside the West Siberian city of Kogalym, Russia, in this January 25, 2016 file photo. REUTERS/Sergei Karpukhin