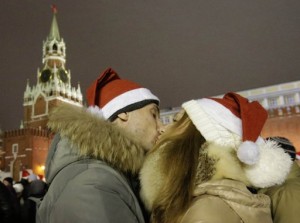 A reported 25 people, including Other Russia member Eduard Limonov, were arrested in Moscow on New Year’s Eve for holding their usual Strategy 31 protest, without government permission, at Triumfalnaya Square.  Demonstrators were chanting the slogan ‘Russia without Putin!’ and calling for the right to free assembly; 10 people were also detained in St Petersburg.  All those arrested have since been released.  As of today, sales of beer at street kiosks will be banned, after the drink was reclassified to a liquor instead of a foodstuff.  Case studies of U.S. families and Russian orphans whose cases were almost complete when the anti-adoptions bill came into effect last week are hitting the news.  President Vladimir Putin dedicated his end of year speech to family values and patriotism: ‘We should become more responsive and benevolent, more generous and caring toward our loved ones, our children and parents, our friends and colleagues, and everyone who needs our support.’   Some 7,000 people in Nizhny Novgorod are without heating following an emergency on a ‘dilapidated network’.

Russians are looking forward to a rise in real wages this year, but utilities bills are set to rise also.  Russia’s crude and condensate output in 2012 was 1.1% higher than the previous year – a post-Soviet record.  Punishments for those who organise illegal immigration have been increased.  Amnesty International has accused Ukraine of ignoring human rights laws due to three prominent kidnapping cases, including, most recently, that of Leonid Razvozzhayev, the anti-Putin activist who claims he was kidnapped in Kiev.  Russia’s reluctance to intervene on Syria is part of a plan ‘to avoid creating a dangerous precedent that could eventually be used against it’, says the New York Times.

On Moscow’s new American-style malls, which are ‘blossoming into their boom years’.

PHOTO: Revellers kiss as they celebrate ahead of New Year’s Day in Red Square in Moscow December 31, 2012. REUTERS/Tatyana Makeyeva