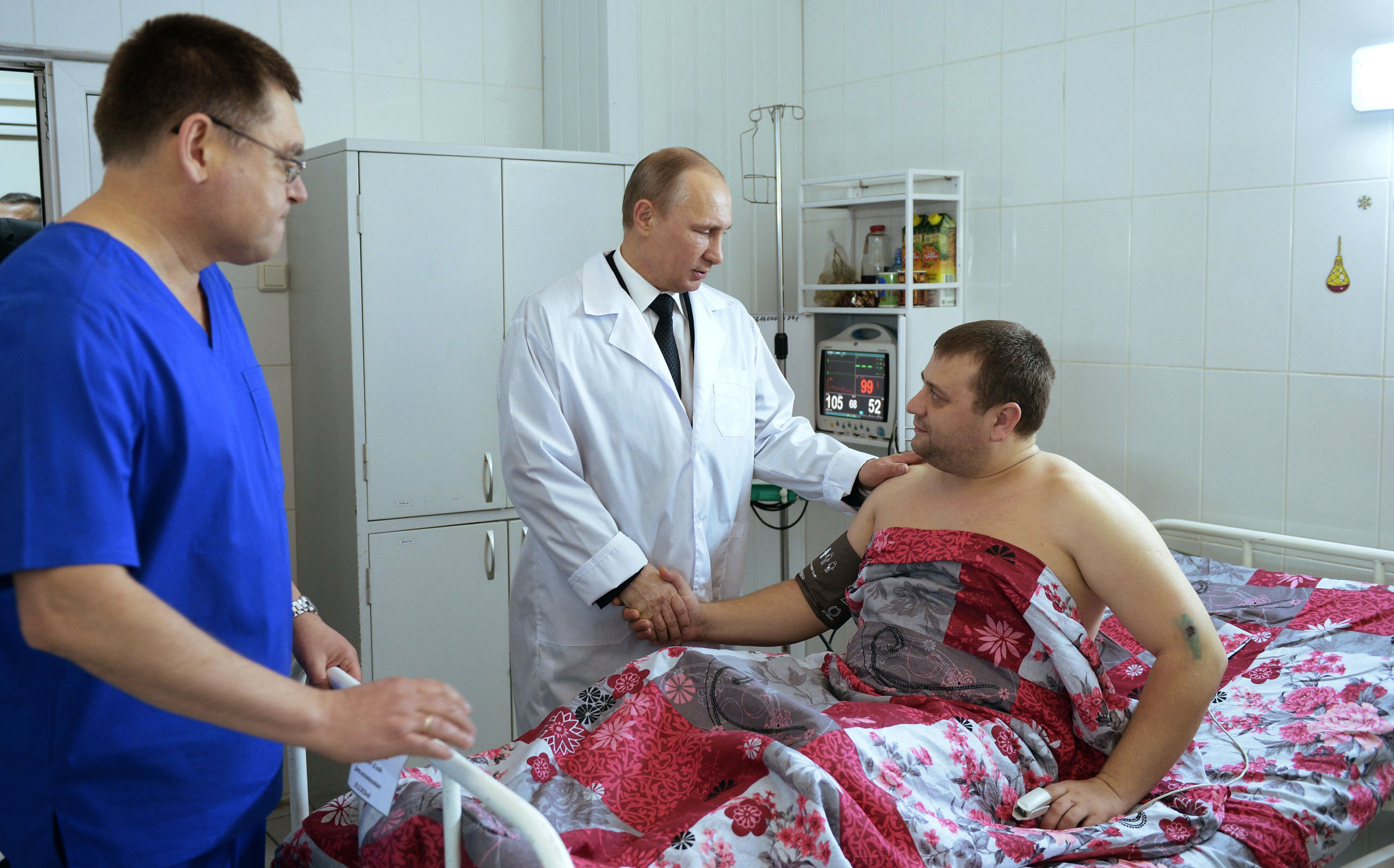 President Vladimir Putin flew to Volgograd to meet the victims of this week’s double suicide bombings and to discuss security, as ‘dozens’ were detained as part of an anti-terror sweep in the city where police searched hundreds of people.  The President also visited the site of the second bombing, and made his first public comments on the attacks during his New Year’s message, in which he promised to hunt down those responsible until they are ‘completely annihilat[ed]’.  Thanks to what presidential spokesman Dmitry Peskov called a ‘rare malfunction’, two different New Year’s speeches were broadcast, one mentioning the attacks, and the other, recorded before the incident had happened, making more general statements about security and friendship. RIA Novosti either failed to get the memo, or was giving Putin the benefit of the doubt.  Transcripts of both speeches are available here.  What is the hardest thing about being a gay parent raising a child in Russia? ‘[T]he feeling that you are never safe.’

Dozens of protesters were arrested on Tuesday for partaking in the regular, unauthorised ‘Strategy 31’ march.  Russia and the U.S. may not have seen eye-to-eye this year in diplomatic terms, but that hasn’t stopped their biggest energy companies from working together in the Arctic.  Their joint agreement for cooperating on adoptions has officially lapsed.  An Orthodox academic has lost his post at a theological school in Moscow for writing blog posts wherein his opinions on current affairs strayed from the Church’s official line.  French-born reporter and television host Vladimir Pozner has been awarded France’s highest honour, the Legion d’honneur, for his reporting on Russian political affairs.

Released Pussy Riot member Nadezhda Tolokonnikova has come under scrutiny for posing as a model for her ‘capitalist friends’ website.