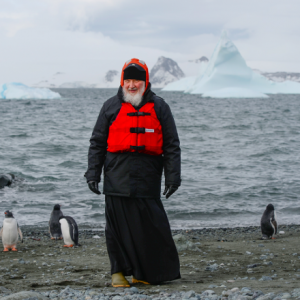 Thirty-five Russian diplomats were expelled from the United States yesterday as a measure to punish Moscow for its alleged interference in the presidential election result.  President-elect Donald Trump praised Vladimir Putin for not responding to the outgoing President Barack Obama’s expulsion of Russian diplomats in kind, heralding it in a tweet as a ‘great move […] I always knew he was very smart!’ Putin said it was ‘regrettable’ that Obama had ended his term with the affront, but offered him New Year’s greetings nonetheless, and invited the children of U.S. diplomats to attend the Kremlin’s holiday parties (a move quickly identified on social media as ‘master trolling’ ).  Will German Chancellor Angela Merkel become Russia’s new ‘beloved bogeyman’, with Obama out of the picture?  A videotaped New Year’s message from Putin to Russian citizens was broadcast in Russia on New Year’s Eve, saying farewell to a ‘not easy year’ and praising Russia’s ‘huge reserves of ability to move forward’; he offered a special thank you to those working to guarantee the country’s security.  Prime Minister Dmitry Medvedev added his wishes for a happy and healthy 2017.  Moscow rolled out 15,000 law enforcement officials to keep the peace on New Year’s Eve.

The Justice Ministry has added a Russian think tank and NGO, which focuses on nationalism, xenophobia, and racism, to its registry of ‘foreign agents’.  French National Front party leader Marine Le Pen may be looking to Russia to help fund her upcoming campaign, says this report.  Not that Russia funding special interests is anything new.  A laptop from a Vermont electric company has been found containing malware codes linked to Russian hackers, prompting accusations of Russia’s ‘systemic, relentless, predatory’ hacking.  This piece traces the recent history of Russian hacking back to the 1990s.  The Washington Post called for U.S.-European unity in standing up to Russia, noting that its tactics of ‘malign influence’ this year have not been limited to hacking, noting an onslaught of Russian-language propaganda in the Baltic states.  This report claims that dozens of U.S. special ops forces are in the Baltics to offer training support to ‘troops who are confronting a looming threat from Russia’.

Oil prices saw their biggest gain in seven years last year thanks to OPEC’s deal with Russia and other major producers to curb supply gluts.