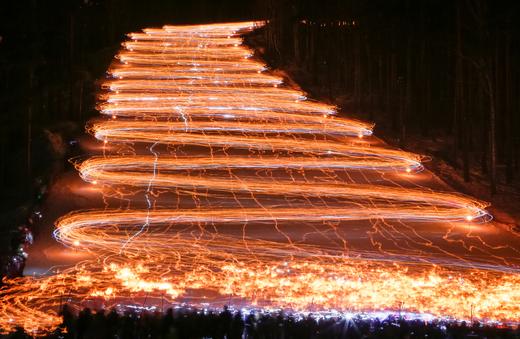 President Vladimir Putin once again denied allegations of a state-sponsored doping program, blaming evidence of tampering found on urine samples on ‘storage conditions’ which were out of Russia’s hands.  ‘In Russia we never had, don’t have, and I hope won’t have a state-sponsored doping program. On the contrary, there will only be a fight against doping,’ he said. Officials in Krasnoyarsk were miraculously able to clear smog and import fresh, clean snow ahead of a visit by the President.  Europe is not prepared to help Russia rebuild Syria unless the opposition is given a say in negotiations, with the long view of the election of a new president. ‘Otherwise […] the message back to the Russians is “you broke it, now you fix it”.’ A fine levied against independent Russian news outlet RBC for libelling Igor Sechin has been overturned by a Moscow court, although the article in question will still need to be deleted from the RBC website. The annexation of Crimea is one of Russia’s greatest sources of national pride, according to a new survey by the Levada Center.

It has been disclosed that then-U.S. Senator Jeff Sessions spoke twice last year with Russia’s ambassador to the U.S., in meetings that he did not disclose. If increasingly lukewarm press coverage is anything to go by, the Kremlin’s regard for Donald Trump may be starting to wane. Journalist Masha Gessen says ‘from the Russian point of view, the romance is over’ because of Trump’s failure to lift anti-Russian sanctions. Kremlin spokesman Dmitry Peskov says Russia is waiting patiently for indications about the future course of U.S. policy towards bilateral relations.  A U.S. Army commander is calling on Russia to open its upcoming major military exercise to observers, on grounds that the Baltic countries are anxious about it.  Russian businessmen invested $1.67 billion in the Ukrainian economy last year.

Researchers at the Moscow Institute of Physics and Technology have found that compounds extracted from Siberian fir trees can suppress the growth of cancerous tumors.  Europe is weighing in against the new legislation decriminalising certain forms of domestic violence, calling for it to be reversed.

PHOTO: Hundreds of skiers and snowboarders descend from a slope while holding lit torches and flashlights in the Siberian town of Zheleznogorsk, northeast of Krasnoyarsk, Russia. (Reuters)