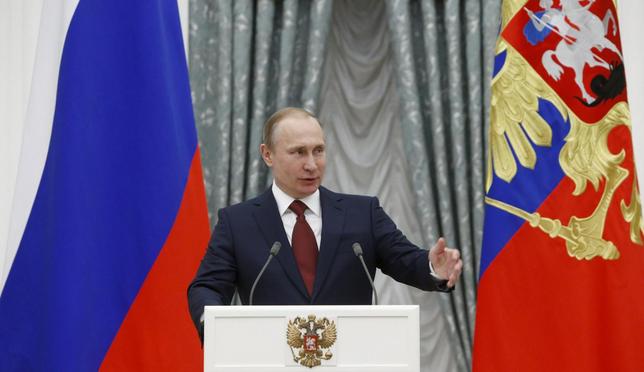 President Vladimir Putin made a huge overhaul of Russia’s power structure over the weekend, firing several high-ranking law enforcement officials, including two Investigative Committee deputies and the head of the Federal Penitentiary Service in Moscow.  The FT called it a move ‘to strengthen discipline in the “power structures” that underpin Mr. Putin’s rule’, and places it as part of his preparations for this September’s parliamentary elections.  A rally organised by the United Russia party drew tens of thousands of people to Moscow’s Red Square for a pro-Kremlin workers’ march, which refrained from any critique of Putin or the government.  May Day this year coincides with Russia’s Orthodox Easter; Putin issued an Easter address, praising the Church’s role in solving social problems.  NATO’s military commander says he believes the US has too few intelligence assets focused on the Russian threat, in particular its military expansion.  Meanwhile ABC is running a story on how the Obama administration is apparently being ‘forced to turn to Russia for help’ on Syria, as the ceasefire hangs by a thread.

Igor Nesterenko, the former director of TNK, the construction company that built the Vostochny Cosmodrome, has been sentenced to three and a half years of labour, charged with embezzling $1.6 million from the company.  Former Finance Minister Alexei Kudrin has been appointed deputy chairman of the Presidential Economic Council.  Consumer confidence in Russia is at its lowest level since the index began in 2005, with a record number of Russians having no money left over after paying for their basic needs.  Gazprom increased its gas exports to Europe by almost 20% in the first four months of the year.  Two Chinese state-owned banks will lend more than $12 billion to Russia for the development of a liquefied natural gas plant in the Arctic.

A prima ballerina with the St Petersburg Ballet Theatre is speaking out against conditions endured by dancers not just in Russia but all over the world.

PHOTO: Russian President Vladimir Putin delivers a speech during a ceremony to award the Hero of Labor at the Kremlin in Moscow, Russia, April 30, 2016. (REUTERS/SERGEI KARPUKHIN)