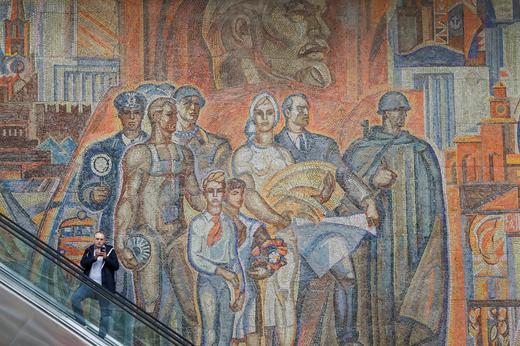 In Moscow alone yesterday, more than 100,000 Russians took part in traditional May Day parades, which have become “a highly orchestrated show of power by Russian authorities and the ruling United Russia party”. This piece alleges that dozens of activists with disabilities and mental disorders were “violently arrested” at one of the parades, because their action, they were told, did “not correspond with the purpose of the event”. The Interior Ministry counted 130,000 attendees. TASS counted over 3.4 million Russians taking part in May Day celebrations, country-wide. Following Sunday’s 10,000-strong protest in Moscow in support of messaging service Telegram, the Washington Post writes on why the battle for the app is so important. “If Russia succeeds at shutting down Telegram, then it may well make similar demands of Facebook and Google, among others.” More than two dozen international human rights and press freedom groups have appealed to Russia to unblock Telegram, rubbishing its claims that the move was proportionate to necessary anti-terror efforts. The head of one of these groups is expecting more legal claims to arise as a result of the blocks. The US says its intention with sanctions was not to put Rusal out of business, but to pressure owner Oleg Deripaska to reduce his stock holdings to less than a control share.

The Guardian talks to Ksenia Sobchak about winning of 1.6% of the vote to Vladimir Putin’s 76% in the presidential elections earlier this year, and her often shocking treatment by state television interviewers during her campaign. Rosatom’s floating nuclear power plant, the Akademik Lomonosov, has been dubbed “Nuclear Titanic” by critics, will nonetheless be at sea for the next year. This piece provides some background on the ship and, more broadly, on the new concept of floating nuclear power. A Russian fighter jet reportedly intercepted a US surveillance plane over the Baltic Sea in a move that was apparently “unprofessional” but not unsafe. Rosneft is denying media reports that CEO Igor Sechin may leave the company to take a government position. As part of its 2022 strategy to promote more efficient and organic growth, Rosneft is proposing a $2 billion share buyback to cut its debt.

A UK billionaire who funded a pro-Brexit think tank is being accused of having ties to Russia. UK police and intelligence have thus far failed to identify any suspects in the Sergei Skripal nerve agent attack. UK members of parliament backed a new amendment that will allow the imposition of sanctions on people who violate human rights, dubbed the “Magnitsky amendment”, although it will not be specifically Russia-focused. It’s being reported that Chelsea football club owner Roman Abramovich has donated almost half a billion dollars to Jewish causes over the past two decades.

PHOTO: A man uses his phone as he rides an escalator inside a railway station with Soviet era mosaic, in the city of Nizhny Novgorod, Russia. REUTERS/Sergei Karpukhin