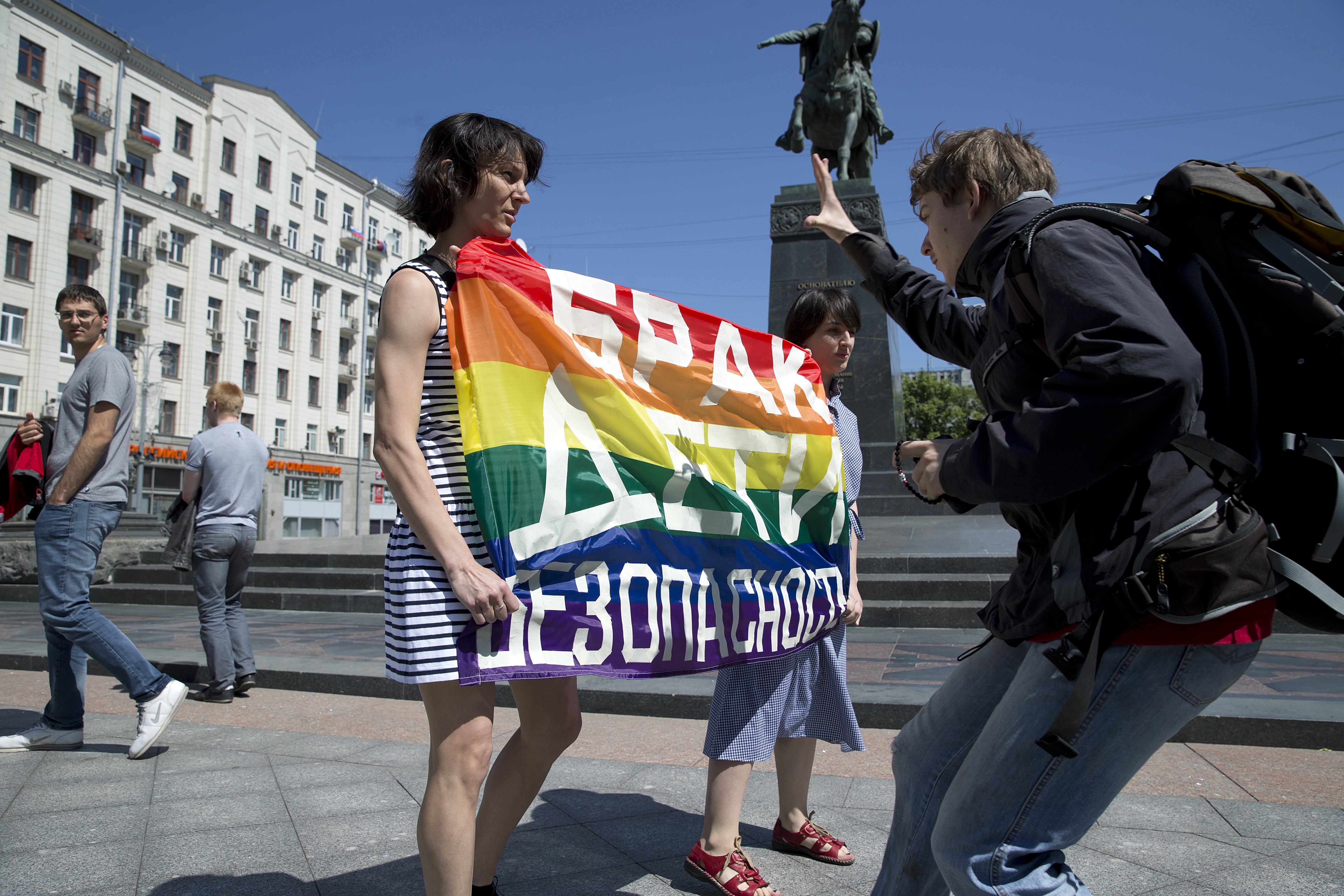 Ukraine says it will not pay the gas money it owes to Russia until a ‘fair contract’ has been signed; Kiev is insisting on a price of $268.50 per 1,000 cubic meters to Russia’s $485; but a partial payment of $786 million has been made, and new negotiations will take place in Russia today.  A successfully negotiated deal would be the beginning of improved relations between Russia’s relations with the EU, says the Times.  President Vladimir Putin may not be ‘directing’ events in eastern Ukraine, ‘but he is certainly their principal beneficiary’.  A major US exchange-traded fund saw its shares gain the most in two years on the back of lessening tensions with Ukraine, says Bloomberg.  But according to Businessweek, Russian stocks, on the whole, are at their most volatile in five years thanks to the Ukraine crisis.  The Moscow Times remembers Andrey Mironov, the journalist and human rights activist who was killed in clashes in Slavyansk, Ukraine last week.  Vladimir Putin’s popularity ratings have rocketed since the invasion of Crimea because ‘government propaganda about the Ukraine crisis goes completely unchallenged on state-owned and state-controlled national television network’.

The first ever elections for the Public Chamber advisory body were held this weekend, with three candidates kicked out for using robots to boost their votes; and several others emerging as having been sponsored by state organizations.  Two women were detained during a gay rights protest in Moscow on Saturday for holding up a rainbow flag. ‘The number pales in comparison to last year’s iteration of the event, when more than 30 activists were detained.’ Three protests were held in all, including a Strategy 31 protest for freedom of assembly.  Yesterday was Dmitry Rogozin’s deadline for the US to stop using Russia’s GPS base stations for military purposes; they will be shut down permanently if the US does not reciprocate with base stations on its territory for Russian use by September 1.  Was the Kremlin behind the recent replacement of Abkhazia’s president?  Russian Railways is seeking damages against Boris Nemtsov for harming its business reputation by alleging that it stole money during construction of the 2014 Sochi Winter Olympics.

Russia’s new ban on smoking in restaurants and bars could be ‘impossible to enforce’, given the popularity of cigarettes in the country.  Murmansk has declared a state of mourning after 16 people died in a helicopter crash over the weekend; thousands of people in Siberia have had to flee their homes due to flooding.  French far-right leader Marine Le Pen says she admires Vladimir Putin for defending his country’s interests.

PHOTO: A man tries to grab a poster reading “Marriage, Children, Security” held by two gay rights protesters outside the mayor’s office, with the monument to Yuri Dolgoruky in the background, in Moscow, Russia, Saturday, May 31, 2014. (AP Photo/Pavel Golovkin)