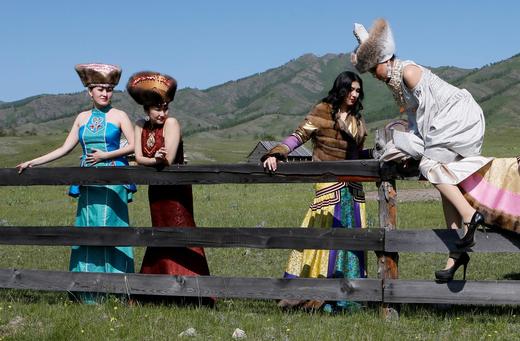 Twitter removed five popular accounts yesterday, all of which humorously mocked Kremlin officials and policy; the closures again sparked the ongoing narrative that Russia is involved in a broad spectrum effort to spread disinformation.  The most popular account was promptly reinstated, following public outrage and questions about where the company stands on issues of free speech.  Russian police recently cracked down on a cybergang hacker group, arresting fifty members; but some say that the most technically proficient hackers are recruited, not arrested.  A pensioner from Smolensk was fined $75 for complaining to President Vladimir Putin about the head of her local district.  The murder of former Russian spy Alexander Litvinenko was ‘ordered from the top’, says former British Prime Minister Gordon Brown.

A German newspaper is linking the deputy Mayor of Moscow with the case of Sergei Magnitsky.  The mayor of Vladivostick is facing charges of misusing over $2.3 million of public funds.  President Vladimir Putin’s ‘personal chef’ is threatening search engines with legal actions over information available about him online.  Rosatom, by its own estimates, signed what will eventually be worth $10 billion worth of deals at a global nuclear conference this week.  Russia lost $160.5 million from one of its largest ETFs this week, the highest withdrawal in almost three years.

Contrary to specular reports from earlier this week, a spokesperson for German Chancellor Angela Merkel says she sees no reason to roll back anti-Russia sanctions, distancing her from comments made by her Foreign Minister.  Relations with Turkey are in bad shape at the moment; it is Turkey’s fault for not taking the necessary steps to mend ties (i.e. making an apology), says Dmitry Peskov.  Russia’s food import embargo has forced Finnish dairy company Valio to close its plant.  So much for that ‘pivot to China’, says the Moscow Times.  Pussy Riot member Masha Alyokhina has turned her prison ordeal into a play, to be performed in the UK.

PHOTO: Models of the “Altyr” fashion theatre, dressed in Khakas national costumes, perform during a photo session, as a part of the rehearsal for the Tun-Pairam traditional holiday (The Holiday of the First Milk) celebration at a museum preserve outside Kazanovka village near Abakan in the Republic of Khakassia, Russia, May 28, 2016. (Ilya Naymushin/Reuters)