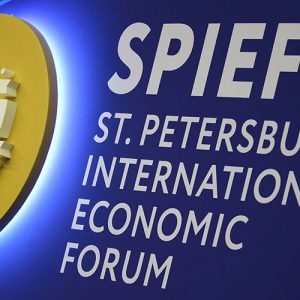 Speaking at the St Petersburg International Economic Forum, which is now underway, President Putin has acknowledged that it is ‘theoretically possible’ that ‘patriotic’ Moscow hackers may have meddled in foreign elections.  He also told an audience at the forum that it is the West’s monopolist inclinations that cause it to criticise Russia.  This article examines how Moscow’s ‘espionage ground game is growing stronger and more brazen than ever’.  Banker Sergei Gorkov, who is alleged to have met Donald Trump’s adviser and son-in-law Jared Kushner, has rebuffed the BBC’s questions about his involvement with the Trump administration.  The Moscow Times has tried to penetrate the secrets of Kremlin-loyal media outlet RT, and encountered difficulty.  The first trailer for Oliver Stone’s series of interviews with the Russian President, The Putin Interviews, has shown Putin assert that Edward Snowden was not, to his mind, a traitor.  Russia’s ambassador to NATO says Moscow will ‘not ignore’ the alliance’s military deployment to the Baltic nations and Poland.

According to a new survey by Deloitte, sentiment among chief financial officers of companies operating in Russia has improved considerably in the past six months, with more than 50% of companies now positive about their financial outlook.  The good mood is in evidence at SPIEF, where Economy Minister Maxim Orseshkin has praised Russia’s deal with OPEC on oil production cuts.  Boris Titov, the Kremlin’s business ombudsman for business, has asserted that, despite ongoing sanctions, there are many opportunities for the U.S. and Russia to develop business ties, as evident by the presence of hundreds of American businesspeople at the forum.  First Deputy Prime Minister Igor Shuvalov says he considers it ‘logical and important’ that energy giants Gazprom and Rosneft be further privatized in the next 7-10 years.  According to the Russian Direct Investment Fund, a consortium of Russian, Chinese and Middle Eastern funds have agreed the principal terms of an investment in Eurasia Drilling.  Yandex has unveiled its first driverless car.

Moscow authorities have rejected opposition leader Alexei Navalny’s request to hold an anticorruption march in the city centre on June 12; they have apparently proposed alternative, somewhat distant locations.  The activist’s internet broadcast, “Alexei Navalny at 20:18” demonstrates one area where he has the upper hand against the Kremlin: on the Internet.