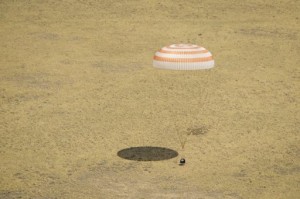 U.S. Secretary of State Hillary Clinton praised Russia’s backing of the United Nations Syria plan as ‘a significant step forward’, although many are accusing Washington of a major concession that will keep Syrian President Bashar al-Assad in power.  Kofi Annan initially demanded that a transitional government should not include any figure that jeopardises stability. ‘Clearly Russia and China have a different view,’ said the British Foreign Secretary.  But despite agreeing to the plan, Sergei Lavrov said that the U.N.’s road map doesn’t imply the ouster of Assad.  Bloomberg says the U.N. plan is a victory for Russia because it lacks clear wording on Assad, and Lavrov’s cheerful conclusion, saying that he was ‘delighted’ at the outcome, strengthens this.  Russia sent a delegation to Syria over the weekend where the Deputy Foreign Minister thanked Russia for its support, accusing Western media of distorting the facts, as Reuters notes that over 10,000 people have been killed in Syria since the beginning of the uprising.  Russia’s defence of Syria is strategic, but ‘there is also a human factor’, says the New York Times, considering diasporas on both sides of the border.

A new United Russia-backed bill will require foreign-funded NGOs to register as ‘foreign agents’; those who oppose the bill says it breaches Russia’s commitments to the Council of Europe and falls in line with ‘a familiar pattern of suspicion’ about Western interests.  A reported 1,000-4,000 Muscovites gathered to protest Russia’s entry (which will be voted on in the Duma on July 10) to the World Trade Organization yesterday.  Moscow officially acquired 150,000 hectares of new territory around its southwest borders yesterday, doubling its land mass.  On the same day, Moscow’s parking fines were increased tenfold.

The Russian ombudsman says that the imprisonment of the three members of punk protest group Pussy Riot is ‘absolutely against our law’.  An Orthodox Church spokesman has compared abortion to the Holocaust. ‘Abortions have killed more people than all world wars,’ he said.  The Kremlin will have to fund a pro-Kremlin youth camp near Lake Seliger this summer after failing to secure private funding.

PHOTO: The Soyuz TMA-03M spacecraft is seen as it lands with Expedition 31 Commander Oleg Kononenko of Russia and Flight Engineers Don Pettit of NASA and Andre Kuipers of the European Space Agency in a remote area near the town of Zhezkazgan, Kazakhstan, on Sunday, July 1, 2012. (AP Photo/NASA, Bill Ingalls)