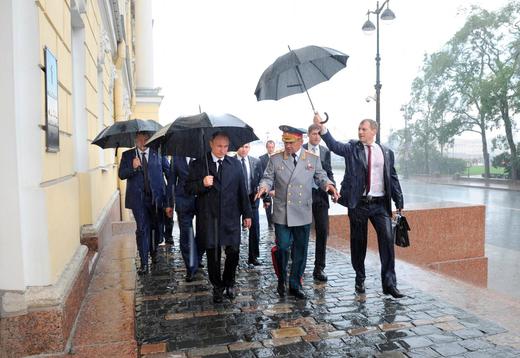 TODAY: Court says no to changing Navalny’s sentence to include prison time; Kremlin dismisses Clinton allegations, suggests US narrative is part of a cover-up; plenty of Russians are backing the Clinton campaign; EU officials concerned about potential of renewed attention to TurkStream project; IOC and WADA at war over Russia’s inclusion in Olympics; first anthrax victim reported.

A Moscow court has denied an appeal by the federal penitentiary service that would have required Alexei Navalny to serve the remainder of his current 3.5 year suspended sentence behind bars. The decision allows the Kremlin to ‘avoid making him a martyr and potentially provoking protests,’ notes the Washington Post.  Navalny says the attempt to have him jailed was a bid to prevent him from carrying out his investigative work for the Anti-Corruption Foundation.  The Kremlin is now saying that US accusations of Russia being behind the Democratic Party email hack are part of a cover-up aimed at hiding the truth that the US election campaign is being manipulated from inside the country, and dismissed Hillary Clinton’s claims as ‘absurd’. Russian oligarchs and other prominent figures are donors to the Clinton campaign, says Bloomberg.  The WSJ has a special report on the links between the Clinton foundation, Putin’s regime, and the US State Department.  RFE/RL’s Power Vertical column discusses whether or not Putin is purging the elite in the run-up to the elections.

Analysts responded to the news of a renewed effort to get the TurkStream natural gas pipeline between Russia and Turkey off the ground, saying that they see the project as ‘more rhetoric than reality’; but Turkey’s potential role as a major transit country for EU gas is a source of stress for officials.  Tekhnopromexport, an arm of state-run Rosneft, is the first Russian company to win a major contract with Iran in the wake of Western sanctions against it.  The International Olympics Committee is in an open dispute with World Anti-Doping Agency, the latter recommending a total ban on Russians competing in the Olympics.  Russia’s team is being predicted to finish in fourth place, despite the ever-growing list of banned athletes.

The first victim of a rare outbreak of anthrax has been confirmed in the Yamal-Nenets region; 9 people have been diagnosed so far.  The outbreak is being linked to climate change leading to abnormally high temperatures in the region.