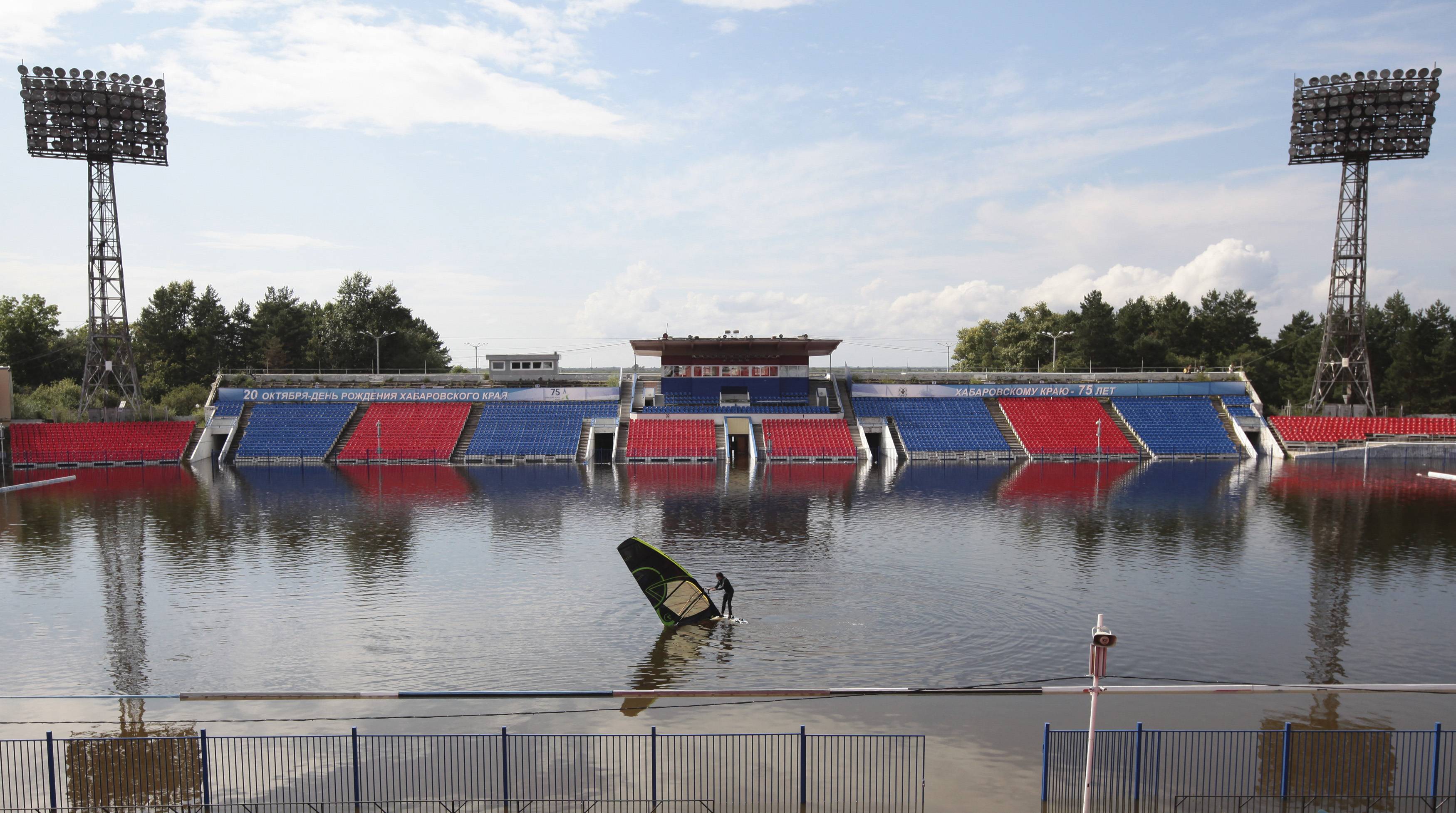 In his first comments about the Syria question, President Vladimir Putin urged U.S President Barack Obama to hold off on making a decision to attack, and to submit evidence about Syria’s alleged chemical attacks to the U.N. Security Council for evaluation.  He also offered his own opinion on the chemical weapons allegation, saying that it would have been ‘utter nonsense’ for Syrian President Bashar al-Assad to use them when he was already defeating the rebels. ‘I am convinced that it (the chemical attack) is nothing more than a provocation by those who want to drag other countries into the Syrian conflict.’  Within this dispute, says Reuters, Putin has ‘glimpsed a chance to turn the tables on Obama’ because, in a reversal of their usual roles, most of the pressure at this week’s G20 summit in St. Petersburg will be on the American President.  A presidential decree aimed at speeding up authorities’ responses to devastating floods in the Far East focuses on rebuilding efforts, and the provision of compensation for victims.  Aviation companies signed contracts worth more than $21 billion at the MAKS air show in Zhukovsky over the weekend – an impressive result, although not when compared to foreign counterparts.  Russia’s oil deals with Azerbaijan mark ‘a new chapter of economic cooperation’, but gloss over problematic diplomatic issues, says RFE/RL.

Igor Sechin has warned foreign energy companies that any efforts to sabotage Russian rivals by blocking supplies would lead to negative social and economic effects.  New incentivising tax breaks on ‘tight’ oil, which came into force yesterday, will ‘transform the economics of exploration’ in Russia, but not enough to match North America’s shale revolution, says Reuters.  Sistema has posted a $528 million second quarter net profit, whilst Lukoil’s profits for the same period doubled on last year‘s results, to $2.1 billion.  Responding to Belarus’ arrest of the Russian head of Uralkali, the Kremlin banned Belarusian pork imports last week – this latest ban comes in addition to the 25% oil supply cuts already announced.

Fifteen ‘Strategy 31’ protesters were detained in Moscow yesterday.  Will Alexei Navalny become another member of Vladimir Putin’s ‘loyal opposition’?  The Independent reports that since the implementation of Russia’s new anti-gay laws, the country has seen an upsurge in homophobic violence and ‘vigilantism’.  The BBC, reporting separately, supports this conclusion, interviewing one Sochi source about the perception of increased danger and the effects of this on the gay community.  Yesterday marked the 9th anniversary of the Beslan school hostage tragedy.

PHOTO: A man windsurfs at the desolate and flooded Lenin Stadium, which is the home arena of the local soccer club SKA-Energiya, in the far eastern city of Khabarovsk, September 1, 2013. President Vladimir Putin ordered an inquiry on Thursday into local officials’ handling of Russia’s worst floods in 120 years, which have cost the country nearly $1 billion. REUTERS/Vladimir Barsukov