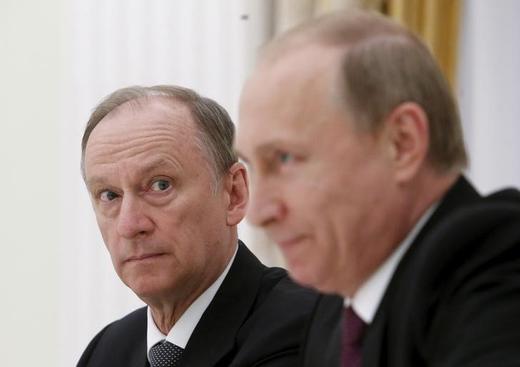 In a letter written to his wife, activist Ildar Dadin, who was jailed for repeat participation in street protest actions (the first person to be convicted of this new crime), accused the prison service of beating, threatening, torturing him and placing him in solitary confinement. The initial story was accompanied by a denial from the prison service, but correctional authorities in Karelia subsequently confirmed the use of force against Dadin, alleging that he behaved ‘rudely’ and thus merited ‘special measures’.  Independent medics recommended by human rights groups will apparently visit the penal colony where Dadin is jailed to examine him and check for evidence of torture.  Rights advocate Zoya Svetova says allegations like Dadin’s are common in facilities run directly by prison authorities (informally called ‘red prisons’), saying ‘They break people there’. President Vladimir Putin was stumped earlier this week by a story fabricated by his own state-owned television network, Channel One.  The authorities will allow a nationalist march to take place in Moscow this week.

Mary Dejevsky calls out the head of British MI5’s controversial comments regarding the threat posed by Russia as ‘a front’; the Kremlin also dismissed his comments as ‘not correspond[ing] to reality’, with its UK Embassy tweeting that it was ‘saddened to see a professional trapped to his own propaganda-created world’.  The Secretary of Russia’s Security Council says that, in accordance with recent history, US-Russia relations are bound to return to normal sooner or later.  Peace talks between Russia and the West regarding the Syria crisis are currently on indefinite hold.

The Economy Ministry has hailed the end of the recession, on the back of a 4-year manufacturing high.  Metals tycoon Vladimir Potanin is no longer Russia’s richest man, having been surpassed by steel magnate Alexei Mordashov (largely thanks to his shares in Severstal, which gained 18% this year).

PHOTO: Russian Security Council Secretary Nikolai Patrushev (L) looks at President Vladimir Putin during a meeting with the BRICS countries’ senior officials in charge of security matters at the Kremlin in Moscow, Russia, May 26, 2015. REUTERS/Sergei Karpukhin