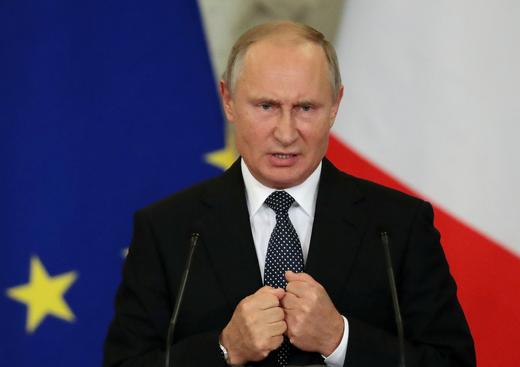 An activist with Alexei Navalny’s Anti-Corruption Fund is suing Vkontakte for sharing user information with law enforcement officials. Teenagers tell RFE/RL about the aftereffects of their arrests at September protests, including fines and charges for them and their parents. A former official at Venezuelan state oil company PDVSA has named Gazprombank as one of the companies that paid bribes in exchange for preferential treatment. Ukrainian President Petro Poroshenko laughed off new Russian sanctions levied against him as “an honour”.

Rostec, the industrial giant that owns the monopoly arms exporter Rosboronexport, revealed that Russia’s weapons sales totaled $19 billion this year, $6 billion more than 2016 and 2017 sales combined. Russian oil output hit a 30-year-high last month. Rosneft will withdraw its lawsuit against the Sakhalin-1 consortium, having settled the dispute out of court. In spite of US sanctions, Sberbank shares have increased 1.8% in value year-on-year. Half of Russians have an account with the bank.

Russia’s placement on the World Bank’s annual Doing Business Report climbed four spots to 31st, missing Vladimir Putin’s goal of the top 20, although it has climbed almost 100 places since 2011. Putin promised German business leaders that he would work harder to make the investment climate more comfortable for foreign investors. Russia has fallen on the World Internet Freedom index for six years running, now ranking 53rd out of 65 countries and classified as “not free”.