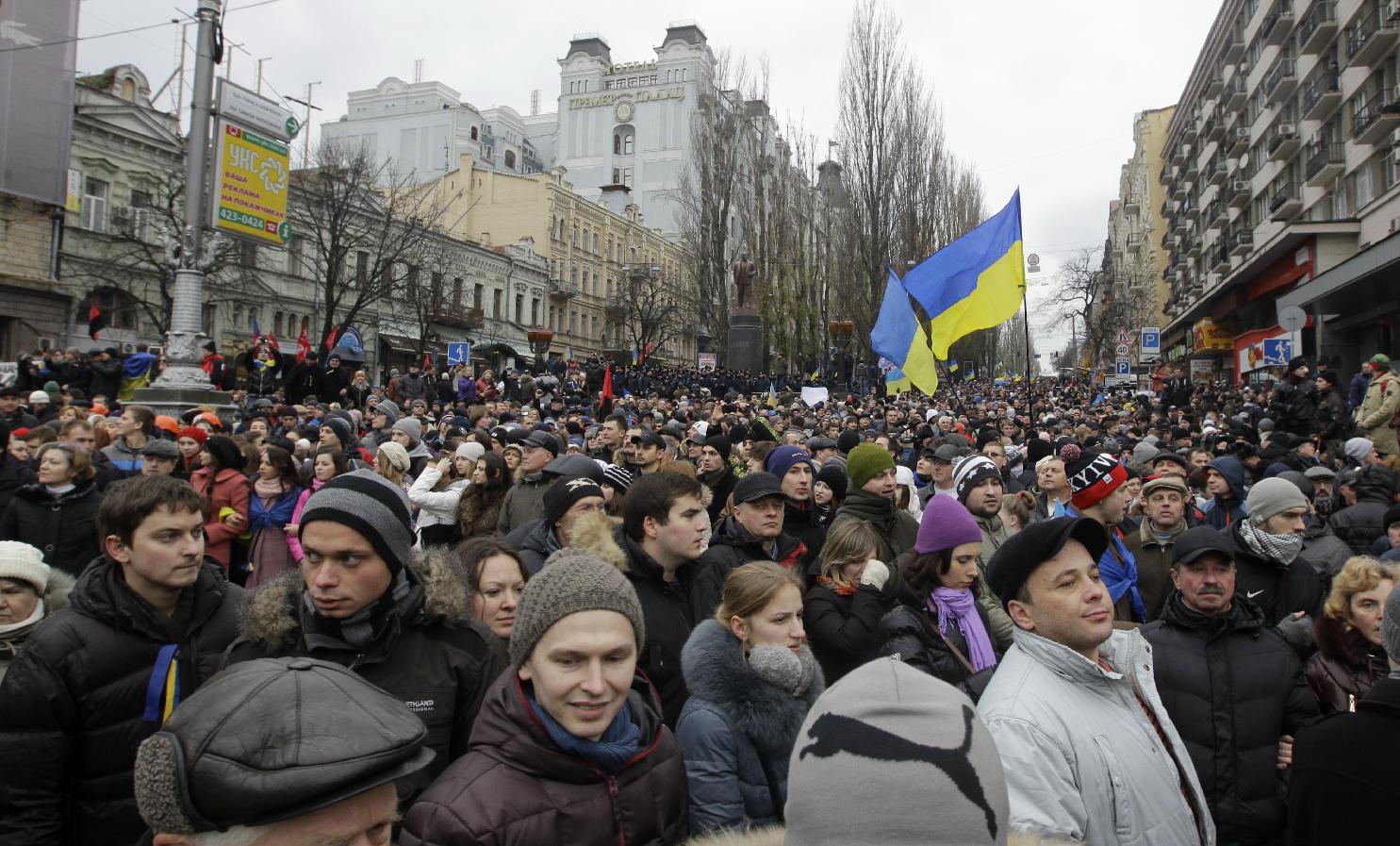 News sources are talking about Vladimir Putin’s success in winning Ukraine back into his dream of a ‘Eurasian Union’, but for Ukrainian citizens, the battle is not over – demonstrations in Kiev yesterday were the largest since the Orange Revolution, with many calling for revolution.  Hundreds of thousands stormed government buildings and clashed with police, expressing anger at Ukrainian President Viktor Yanukovych’s U-turn on a trade agreement with Europe in favour of closer relations with Russia.  But, as First Deputy Prime Minister Igor Shuvalov pointed out to Bloomberg, ‘No one other than Russia can provide Ukraine with the necessary funds so quickly and in such a quantity.’  This piece says the EU is at fault for having no ‘proper tactics, much less a strategy concerning Ukraine’; another sees Europe’s varied official responses to the news as ‘loaded Cold War rhetoric’.  (Such as those of Poland and Sweden, perhaps.)

President Vladimir Putin visited the main Olympic stadium in Sochi on Friday ‘only to see construction workers and equipment still spread around the venue’, which is still unfinished two months ahead of its unveiling.  The Independent documents Sochi locals’ complaints that preparation for the Games has ruined their water supply and infrastructure. ‘The ‘Zero Waste’ programme has broken down.’  The President of the International Olympic Committee met with gay rights activists in Russia who are calling for an investigation into national laws banning ‘gay propaganda’.  Gay athletes who plan to attend the Games in spite of the anti-gay law will protest by wearing sportswear branded with the logo of a gay rights campaign.  It seems the propaganda law is putting Elton John’s planned Russia tour in jeopardy.

Former Finance Minister Alexei Kudrin says that systemic imbalances in the economy mean that building a truly competitive economy in Russia could take 7-15 years.  The director of civil rights group Public Verdict explains why the organisation will not be registering as a ‘foreign agent’.