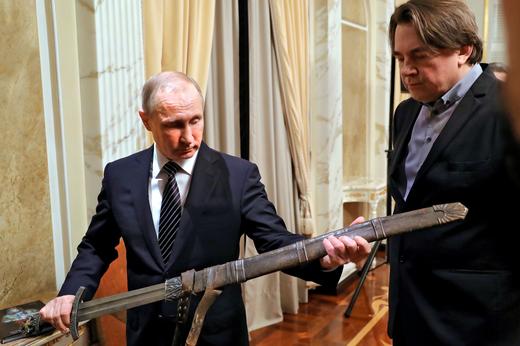 Analysts are expecting good returns on Russian investments this year, with a higher oil price forecasted and the possibility of U.S. President-elect Donald Trump lifting anti-Russian sanctions looking increasingly likely.  An aide to Trump is already suggesting that Barack Obama’s expulsion of 35 Russian diplomats last week was a disproportionate punishment for Russia’s alleged interference in the U.S. election result.  Russia’s oil production is at its highest in almost 30 years, ahead of its agreement with OPEC to cut daily output by 300,000 barrels.  Gazprom is currently pumping a record number of gas through the Nord Stream pipeline to European customers.  In its discussion of the significant global events for Russia in 2016, Slate magazine urges us not to ‘overstate Russia’s power’, describing many of its major moves this year more as parries than attacks. ‘Putin’s Russia has traditionally reacted to global events rather than actively shaping them.’  This Moscow Times year-roundup names three high-level Kremlin 2016 reshufflings as major events of last year.

The relationship that exists between Russia and the U.S. today exists in ‘post-truth age’ that their relations are responsible for creating, says the FT; there no longer is a Cold War, because the Cold War involved both sides at least pretending to believe their own propaganda.  The Defence Ministry posted pictures of a completely destroyed Aleppo in the wake of its ‘liberation’.  France is calling on Russia to end its military action in Syria to allow the ceasefire to take hold.

Military training courses for civilians are becoming increasingly popular among nationalist groups, according to the head of a center that monitors extremism. Two Russian skiers are likely to lose their 2014 medals over doping accusations.

PHOTO: Russia’s President Vladimir Putin holds a sword during a meeting with the “Viking” film crew, as film producer and Director General of Channel One Russia Konstantin Ernst (R) looks on, in Moscow, Russia December 30, 2016. (REUTERS)