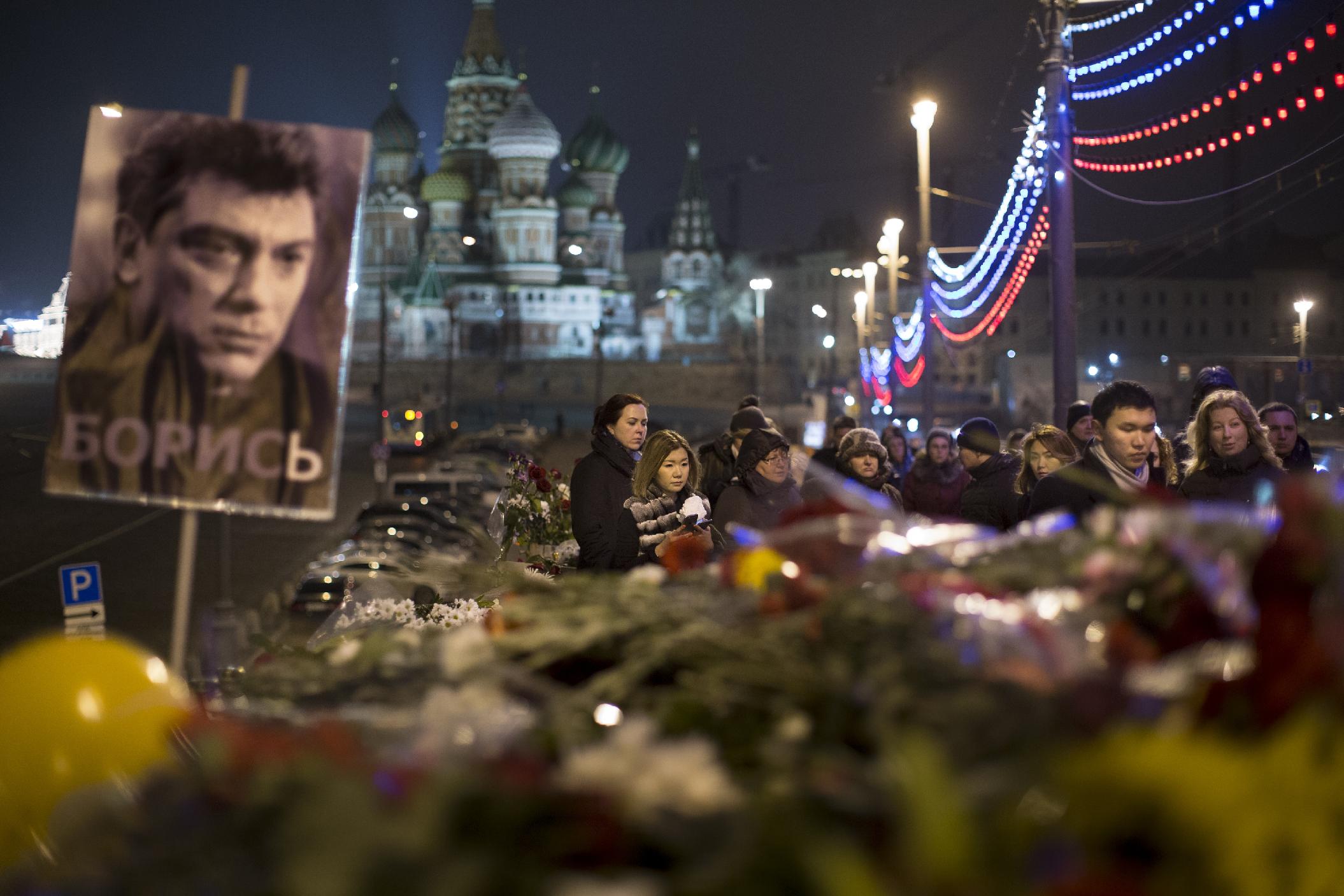 Foreign Minister Sergei Lavrov condemned the killing of Boris Nemtsov as a ‘heinous crime’ and promised a full investigation, dismissing ‘provocative’ attempts to politicise the event.  Hopes that the investigation of Nemtsov’s death will be thorough and credible have been dashed by the news that it will be led by the same official who prosecuted former Yukos head Mikhail Khodorkovsky – Putin loyalist Alexander Bastrykin, who has also been accused of threatening journalists in the past.  Investigators say they have received footage of the murder from CCTV cameras scanning the murder site, and denied reports like this one which claim that the cameras were shut off on Friday night.  The BBC goes over some theories about who may have killed him.  Nemtsov’s girlfriend, Anna Duritskaya, who was with him when he was killed, says she did not see the gunman.  She was initially prevented from leaving for her native Ukraine, against her will, by armed police, but has since flown to Kiev.  U.S. President Barack Obama says the killing indicates a climate ‘in which civil society, independent journalists, people trying to communicate on the Internet, have felt increasingly threatened, constrained’.  A Ukrainian lawmaker says he will sue the Interior Ministry after he was detained at the memorial march on Sunday.

This FT piece focuses on the slow-growing rhetoric against liberal opposition figures as traitors that, it says, encourages violence against them.  Garry Kasparov agrees, blaming a climate of violence which ultimately, he says, is made possible by President Vladimir Putin.  Andrei Soldatov dismisses rumours that the crime was carried out by amateurs using old bullets, saying that the time and location of the shooting demonstrated a high degree of professionalism, given how much easier it would have been to attack Nemtsov outside his apartment building.  Kremlin news anchor Dmitry Kiselyov defended the Kremlin against the inevitable Western response to a killing on the Kremlin’s own doorstep, whilst honoring Nemtsov: ‘Boris will be missed like spice, which in small doses can give a rich taste‘.  Luke Harding explains what Putin really means when he calls the killing a ‘provocation’.  A Moscow court denied Alexei Navalny’s request to be allowed to attend Nemtsov’s funeral (he is currently serving a 15-day jail sentence for distributing leaflets).

Russians could be spending half of their income on food by the end of the year thanks to rising inflation and reduced real wages.  Russia and Ukraine reached an agreement to ensure gas supplies to the crisis-hit regions of eastern Ukraine next month, but Naftogaz says Gazprom is continuing to violate its winter gas supply agreement.  The U.N. human rights chief says that the death toll in eastern Ukraine since the start of fighting in April last year has passed 6,000.  Mikhail Fridman is threatening to sue the U.K. government if his energy fund LetterOne is prevented from acquiring 12 North Sea gas fields.

PHOTO: People walk to pay their respects at the place where Boris Nemtsov, a charismatic Russian opposition leader and sharp critic of President Vladimir Putin, was gunned down on Friday, Feb. 27, 2015 near the Kremlin, with St. Basils Cathedral is in the background in Moscow, Russia, Monday, March 2, 2015. (AP Photo/Alexander Zemlianichenko)