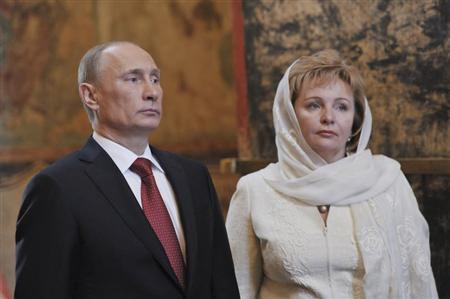 Nato military commander Philip Breedlove has warned of an imminent Russian invasion of Ukraine, calling Russia’s troops a ‘very capable and very ready force’, and suggesting that large areas of Ukrainian territory could be taken in a matter of days.  The New York Times says the ‘sleek, new’ troops lining Ukraine’s border exhibit various signs of having recently undergone an upgrade.  The Foreign Ministry described Nato’s decision to suspend cooperation with Russia as reminiscent of ‘Cold War sword-swinging’.  One Nato official suggested that the alliance ‘may have had an overly optimistic view of Russia for many years’.  Repercussions of the Crimea annexation continue: NASA members have been banned from contacting Kremlin representatives; Western banks are tightening payment procedures for steel and grain deals; the U.S. has suspended a number of bilateral projects with Russia and plans to transfer its funding to Ukraine; and a new app to help Android users identify and boycott Russian goods is apparently gaining popularity in Ukraine.  Investors and capital in general are ‘fleeing’ from Russia in the wake of the Ukraine crisis, says the WSJ.  Sergei Guriev laments the death of Russia’s economic growth, blaming the current situation on years of corruption and arguing that, in turn, the annexation of Crimea is a logical outcome: ‘[O]nce economic growth is gone, territorial expansion is an authoritarian regime’s tool of choice for […] holding on to power.’  A representative of Vladimir Putin tried to reassure young Siberian scientists that new housing incentives and high wages will put an end to the brain drain.  But what about the politically-driven outflows?  Pavel Durov’s exit from VKontakte, the social networking website that he founded, is raising questions about internet freedom.

Moscow is reportedly sending larger supplies of arms to Syrian president Bashar al-Assad: ‘The Russian strategy has actually not changed, it’s just that they’re no longer hiding behind a diplomatic facade since Crimea.’  Foreign Minister Sergei Lavrov says Russia deserves more international recognition as a leading donor of global development aid.  Russia’s oligarchs now depend on Vladimir Putin for continued levels of income, says the head of Eurasia Group.  European lawmakers are demanding sanctions be imposed on 32 Russian officials implicated in the death of lawyer Sergei Magnitsky.  Roman Putin’s allegations of corruption at Russian Railways are causing a scandal because the company has long been headed by a close ally of the President.  The first jail sentence in the Oboronservis corruption case has been handed down to Dinara Bilyalova.

The Putins’ have finalised their divorce, if Lyudmila’s disappearance from the President’s official biography is anything to go by.

PHOTO: Vladimir Putin (L) and his wife Lyudmila attend a service, conducted by Patriarch of Moscow and All Russia Kirill, to mark the start of his term as Russia’s new president at the Kremlin in Moscow, May 7, 2012. REUTERS/Aleksey Nikolskyi