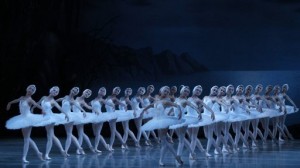 An amendment to the foreign adoptions law, limiting adoptions to ‘traditional’ families – i.e., banning same-sex couples from adopting Russian children – will be submitted to the Duma this autumn.  Three men have been detained in Kamchatka on suspicion of carrying out a homophobic murder.  Maria Alyokhina, a jailed member of punk group Pussy Riot, has ended her hunger strike protest after 11 days, with collaborator Pyotr Verzilov alleging that prison officials ceded to her demands.  Roughly 25 people were detained in Moscow on Friday for taking part in an unsanctioned protest against restrictions on the freedom of assembly.  An approved opposition march in support of political prisoners has been scheduled for June 12.  Russian Railways plans to sign a joint venture with Belarus and Kazakhstan later this month to handle container operations.  Pictures allegedly showing the sprawling mansion owned by the state-run railway company’s head (and close ally of Vladimir Putin), Vladimir Yakunin, have been removed from a blogging website.  President Putin publicly rebuked the governor of Nizhny Novgorod last week in an argument over workers’ wages, ordering him ‘never to interrupt me again’.

A U.S. congressional delegation visiting Russia, in a series of meetings coordinated by American actor Steven Seagal, has concluded that ‘nothing specific’ could have helped prevent the Boston Marathon bombings.  ‘But we can say that had we had a much higher level of cooperation all along […] the whole situation would have been different.’  The CEO of Rostech has criticised the U.S. for forcing Moscow to halt a delivery of S-300 defence missile systems to Iran.  After a hiatus of 20 years, Russia plans to resume nuclear submarine patrols in its southern seas ‘to fulfil the tasks of strategic deterrence’.  A ban on smoking in public places has newly come into force, with a follow-up ban on smoking in bars and restaurants due next year.

All of the banks that loaned Rosneft almost $30 billion to help complete its purchase of TNK-BP are apparently still waiting for the asset sales commissions that were to be their payback.  Potash producer Uralkali has secured a $1 billion loan with 14 banks.  Rosbank says the arrest last month of its CEO, Vladimir Golubkov, has not affected the bank’s liquidity.  Exiled economist Sergei Guriev has won a seat on the board of Sberbank, despite attempts to withdraw his candidacy after he fled to France.  Georgy Bovt calls Guriev ‘an icon of Russian economic thought’.

PHOTO: Members of the Mariinsky theatre perform during a rehearsal for filming in St.Petersburg June 2, 2013. The Mariinsky theatre will host the worlds first live broadcast of ballet in 3D on June 6 when a production of Swan Lake will be shown live in over 1, 200 cinemas across the world, according to the organisers. REUTERS/Alexander Demianchuk