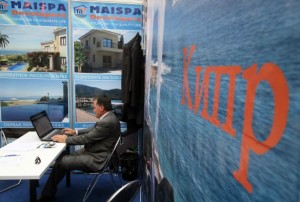 Despite investigators adding another 100 pages to the case, the court where anti-Putin punks Pussy Riot are on trial has rejected a plea by the trio for extra time to read charges against them.   Suzanne Moore sees the trial as reflective of a ‘slide into dictatorship’.  In an open letter, two former British foreign ministers call on President Putin to free all political prisoners, including the women.  British Prime Minister David Cameron will apparently attempt to persuade Vladimir Putin to toughen up on Syria when the latter visits the London Olympics.  The widow of murdered spy Alexander Litvinenko has urged Londoners to wear a white ribbon in protest at Putin’s visit to the games.  Putin has expressed discontent about NATO’s plans for a withdrawal from Afghanistan.

In an effort to increase transparency, five Russian lawmakers of different parties have submitted a draft law to the Duma that would prevent state and defense officials from owning assets and holding bank accounts overseas.  The Investigative Committee has reportedly proved that liberal-minded deputy Gennady Gudkov participated illegally in several busineses registered abroad.  Moscow’s Zamoskvoretsky Court has sentenced YUKOS ex-co-owner Vladimir Dubov in absentia to eight years imprisonment for theft.   BP is not the only energy company to have experienced worrrying second quarter losses; Russian oil giant Rosneft has posted a ‘shock’ second quarter net loss of $250 million.  Bloomberg looks at the upcoming challenges for Agriculture Minister Nikolai Fedorov ahead of Russia’s entry into the WTO.

PHOTO: Owning a property in Cyprus, a favored destination for Russian investment and tourism, could be outlawed if the bill sent to the State Duma on Wednesday, August 1, 2012 becomes law. (Vedemosti)