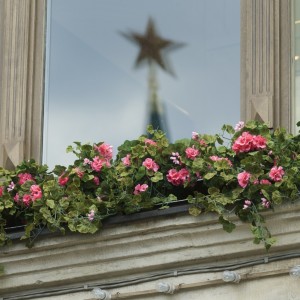 The Kremlin has denounced claims that a Russian helicopter dropped barrels of chlorine gas on civilians in the north of Syria, calling such reports a ‘hatchet job’.  Whilst the West makes much of Moscow’s ‘propaganda war’ and the deceitfulness of state-sponsored networks like RT, it might be worth considering whether their own media are actually more objective, suggests this article in the Guardian.  In contrast to the line of some of its eastern European neighbours, Hungary’s Foreign Minister has asserted that for Budapest, the idea that ‘Russia would attack any NATO member state’ is not a ‘realistic assumption’.  Claims that Kremlin-loyal hacktivists were behind the cyber attack on the Democratic National Committee maybe be loud, but the fact that they remain impossible to prove is Russia’s trump card, says security expert Mark Galeotti.

As relations with the U.S. worsen (‘we are at such a black spot in our relationship, it is unlikely that anything could make it worse’, says Kremlin spokesman Dmitry Peskov) more and more Americans are reportedly encountering visa problems or facing deportation from Russia, sometimes with no explanation.  Extreme nationalist politician Vladimir Zhirinovsky once proposed building a wall between Russia and the North Caucasus, so it is unsurprising that he is the latest to endorse Donald Trump’s ‘common sense’.  Seventeen Russian rowers hoping to see their Olympics ban overturned have been denied.

With parliamentary elections coming in September, it is time for city mayors to brace themselves: since 2012, the regime has arrested, detained or interrogated the mayors of more than 25 cities, the Moscow Times reports, and not all of them were from the opposition.  The recents movements of tycoon Mikhail Prokhorov, who appears to be selling his Russian assets, arguably exemplify some of the perils Russia’s richest face when interacting with the Kremlin.  After the worst first quarter performance in 15 years, investment revenues for Russia’s banks have finally increased.

PHOTO: A ruby star on the Kremlin’s Nikolskaya Tower is reflected in the window glass of the GUM department store in Red Square in Moscow. (Ivan Sekretarev/AP)