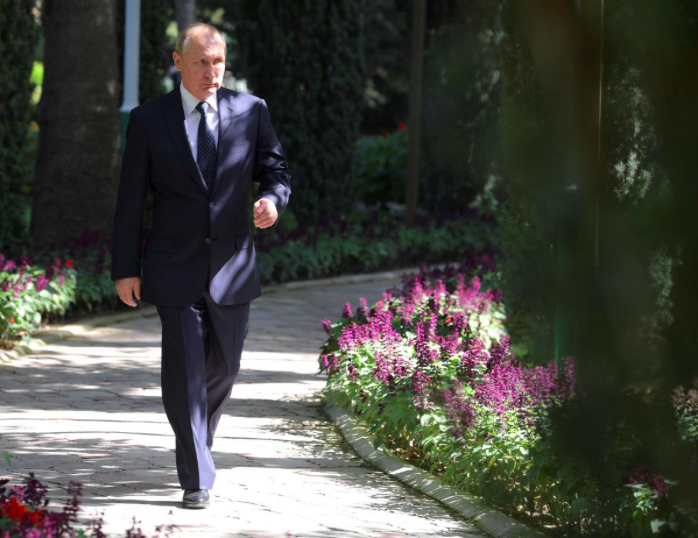 President Vladimir Putin is visiting India this week, where he is expected to sign a $5 billion deal to supply S-400 air defence systems to the country, despite threats to India that it will violate US sanctions if it goes through with the deal. Russia has delivered its S-300 air defence systems to Syria, in spite of US and Israeli objections and concerns that it will escalate current Syrian conflicts. Putin is continuing to replace regional governors in the wake of runoffs and losses in last month’s elections, likely due to public frustration over the Kremlin’s plans to raise retirement age by five years. Russians who protested pension reform before the bill began to make its way through the State Duma were actually expressing hope that Putin would step in and stop it, claims sociologist Alexey Levinson. The US’ envoy to NATO said that, if Russia does not halt its covert development of a banned cruise missile system that violates a Cold War treaty, the US will attempt to destroy the system before it is completed. Russia responded, calling the statement dangerous: “it seems that people who make such statements do not realize the level of their responsibility and the danger of aggressive rhetoric,” said Foreign Ministry spokeswoman Maria Zakharova.

The Kremlin is working on phasing out the US dollar as its main trading currency, with Putin backing a new “dedollarization” plan, but how possible is this? China and Turkey have expressed support for the plan, but Russia’s export markets are dominated by the dollar; the FT discusses. Putin met with Serbian President Aleksandar Vucic, who thanked him for protecting Serbian national interests (Russia is one of the few countries that has refused to recognise Kosovo’s independence). Putin will meet the CEO of Royal Dutch Shell in Moscow this week to discuss the Sakhalin-2 LNG project. Russia will export record volumes of gas to Europe this year. Political analyst Tatiana Stanovaya believes that the Kremlin wants to put anti-corruption campaigner and opposition leader Alexei Navalny in prison for a long period.

Yevgeny Makarov, the prisoner whose beating was captured on a video that went viral and led to a widespread investigation and twelve arrests, has been released from a penal colony; he called the prison conditions “pure slavery that is absolutely separate from the state”. Ukraine’s interior minister said that one of the Sergei Skripal poisoning suspects helped former Ukrainian President Viktor Yanukovich flee to Russia during the 2014 coup. The plot thickens after a photo on display at a Russian military academy appears to resemble suspect Anatoly Chepiga/Ruslan Boshirov.

PHOTO: Russia’s President Vladimir Putin walks during a meeting of heads of the Commonwealth of Independent States (CIS) in Dushanbe, Tajikistan September 28, 2018. Sputnik/Alexei Druzhinin/Kremlin via REUTERS