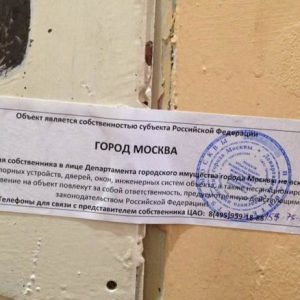 TODAY: Amnesty’s Moscow office closed by authorities; Reporters Without Borders lambast Putin and Kadyrov; Russia seeking extradition of Voina artist; move away from national propaganda? Yekaterinburg does or does not have an HIV epidemic; Lukoil, Rosneft and privatisation; Constitutional Court Chief hopes for a ‘post-secular’ legal framework.

Amnesty International’s Moscow office has reportedly been broken into and sealed off by municipal officials, with a notice demanding the organisation contact the city authorities.  John Dalhuisen, Amnesty International’s Europe director has said, ‘Given the current climate for civil society work in Russia, there are clearly any number of plausible explanations’ (Amnesty recently criticised Russia’s bombing campaign in Syria) but hopes there is a ‘simple administrative explanation’.  Vladimir Putin and Chechen President Ramzan Kadyrov have won a spot on Reporters Without Borders’ updated list of ‘enemies of the press’.  At a meeting with political analysts, the new first deputy head of Russia’s Presidential Administration, Sergey Kirilenko, surprised observers by saying Russia should refrain from using radical political rhetoric.  He cited the comment that Russia is the only country capable of turning the United States into ‘radioactive ash’ – a much publicised line from Kremlin propagandist Dmitry Kiselyov – as an example.  Moscow hopes that Czech Republic will agree to its request to have anti-Putin art activist Oleg Vorotnikov of the collective Voina extradited.  Federal agents have launched the second criminal investigation against 23-year-old leftist activist Danil Alferev, for parodying a speech by a prominent pro-Kremlin political figure, Novaya Gazeta reports.

President Putin has ordered a 10-hour truce, a ‘humanitarian pause’ to take place on Friday in the conflict-hit Syrian city of Aleppo.  The Moscow Times ponders the reasons behind the President’s sudden support for the idea passing a special law ‘on the Russian Nation and the Management of Interethnic Relations.’  Healthcare authorities in the city of Yekaterinburg have officially declared an HIV epidemic, only to retract the declaration shortly after.

Why is Lukoil involved in the privatisation of Rosneft?  ‘A source close to the Russian government told The Moscow Times that the problem was quite simple: the government just can’t find a buyer for Rosneft’.  Constitutional Court Chairman Valery Sorkin has expressed his view that there is an ‘increasing danger of lawlessness’ in society and believes that a a new legal framework should be put into place that would, among other things, recognise the ‘natural biological differences’ of men and women.