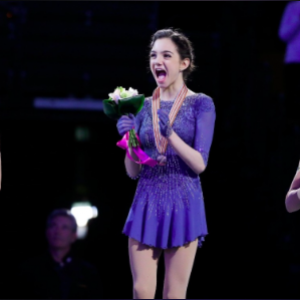 An international consortium of investigative reporters has published analysis of a giant leak of information from a Panama-based law firm detailing the mechanisms by which close associates of President Vladimir Putin were able to funnel billions out of Russia and into offshore companies and accounts (Putin’s name does not appear directly in the report). The Panama Papers, as the report is called, is an analysis of 11 million documents leaked by firm Mossack Fonseca, and discusses the personal wealth of Putin’s close friends (his eldest daughter’s godfather, classical musician Sergei Roldugin, is worth $100million and is revealed to have been instrumental in channelling laundered funds back into Russia), their holdings in key state companies (his friend Yuri Kovalchuk owns a controlling stake in Bank Rossiya), and the offshore entities they have used to issue high-interest loans in Russia, launder money, and evade tax. The Guardian explains the gist of the exposé in this brief video.  The report also implicates several other world leaders.  Why was Mikhail Lesin, who played an ‘influential role during Mr. Putin’s ascent to power’, killed? Russia’s domestic tourism was 1.3 million people heavier last year, year-on-year – an increase of 30%.

President Vladimir Putin is recommending that all journalists account for their earnings, as part of the National Anti-Corruption Plan; the journalists’ trade union says they have no plans to take up his advice.  The Investigative Committee says the death of prominent journalist Dmitry Tsilikin is being treated as a homicide.  The Committee has also opened a criminal case against a Kursk region deputy Olga Li for publishing a video online in which she blamed President Putin’s domestic and foreign policy for ‘the collapse of [the] financial system and rule of law’.  Russia is no longer one of the top three main trading partners of the European Union after a dramatic reduction in its share last year.  Ukraine says it is willing to buy Russian gas at market prices (provided Gazprom actually offers this).  How are Russians coping with a ruble that trades to the dollar at half its value two years ago?

Former Prime Minister Mikhail Kasyanov has been filmed in a sex sting, possibly in a bid to embarrass a potential opposition figure ahead of upcoming elections (link NSFW).  Russian figure skater Evgenia Medvedeva has broken a new record.