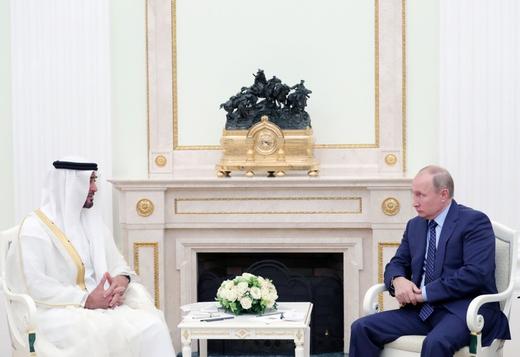 In defence of its part in staging the death of journalist Arkady Babchenko last week, Ukraine’s  Security Service (SBU) said that its ruse led to the discovery of a hit list of “at least 47 people”, including Ukrainian and Russian journalists, that Russia has been planning to assassinate abroad. Al-Jazeera reports on how the fake killing has increased tensions between Ukraine and Russia and provoked anger amongst fellow journalists. Moscow is urging the international community to respond to an attempt by the SBU to recruit a Russian RIA Novosti correspondent as a spy when she was in Lithuania for a work assignment. Embattled messaging app Telegram says that Apple is no longer complying with the Russia-led ban on it, and is now offering an updated version of the service through its App store. Ahead of a planned meeting with President Vladimir Putin, the far-Right Austrian chancellor is calling for the European Union to end its sanctions against Russia.

Rosneft is challenging its domestic rival, Gazprom, in international markets, winning a multi-billion dollar contract in Ghana that both had targeted, and moving into Gazprom’s core markets in Iraqi Kurdistan, which will put them in direct competition particularly in the European market. Billionaire Oleg Deripaska may sell parts of his automotive business to minority investors in a bid to end US sanctions. The FT reports on the changing British fortunes of Russian oligarchs. “Today, oligarchs are like hipsters with even worse dress sense: nobody will admit to being one, even if you know them when you see them.” The Culture Ministry said it would not provide support to anti-Russian authors or projects. Russia was 95% compliant with the OPEC oil production curb deal last month, and remains “fully committed” to the deal according to Energy Minister Alexander Novak.

A student at a Moscow university says he is being accused of vandalism by police after protesting against a proposed campus “fan zone” to celebrate the World Cup; students say the zone will disrupt student life and exams. Vologoda drama theater artistic director Zurab Nanobashvili has been accused of assault by four young actresses.