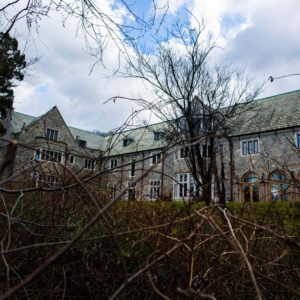 Russia’s ambassador to the US, Sergey Kislyak, has met with Under Secretary of State Thomas Shannon to discuss the meeting between Presidents Trump and Putin to take place on the margins of the G20 summit this week, a meeting the Guardian has described as ‘one of the strangest encounters in modern history’. ‘Areas of mutual concern’ were apparently broached; one wonders whether the controversial matter of the seizure of Russia’s diplomatic properties in the US under Obama last year was one of them as Moscow has warned its patience on the confiscation ‘isn’t unlimited‘. What is certain, for Putin adviser Yuri Ushakov, is that ‘relations have to be taken out of the state they’re currently in’. US Secretary of State Rex Tillerson has reportedly told the United Nations Secretary General that he believes the fate of Syria is now up to Russia.

On his upcoming visit to Poland, President Trump will apparently attempt to use supplies of US natural gas as a counterweight to Russian influence in energy matters in Eastern European nations which are reliant on gas from Moscow. Germany seems unlikely to be able to reduce its dependence in this domain, according to Bloomberg, it currently imports about 40% of the gas it consumes from Russia, a dependence set to increase by 2025 to more than 50%. Despite the European Commission’s concerns about the project’s incompatibility with the Third Energy Package, the Nord Stream 2 gas pipeline project will be implemented, asserts the Russian Ambassador to the EU, Vladimir Chizhov. Oil producer Gazprom Neft is planning a joint venture with Spanish energy company Repsol.

Deputy Foreign Minister Alexei Meshkov is aggrieved that the West seeks to present the Balkans as within its sphere of interests alone. Trade between Russia and China has ‘grown robustly’ in 2017, China’s President Xi Jinping has told reporters on a visit to the Kremlin. Manufacturing activity expanded in June, but at the slowest pace in 11 months as growth in output and new orders wound down. Climate change could apparently cost Russia a 1-2% loss in GDP per year. This article examines the plight of migrant workers on construction sites in Russia, who often find themselves the victims of wage theft. Opposition activist Vladimir Vladimirovich Kara-Murza, vice chairman for Open Russia, offers his personal experience as testament to the risks of political protest in his country: ‘Of course it’s very disconcerting when someone tries to kill you twice in two years.‘