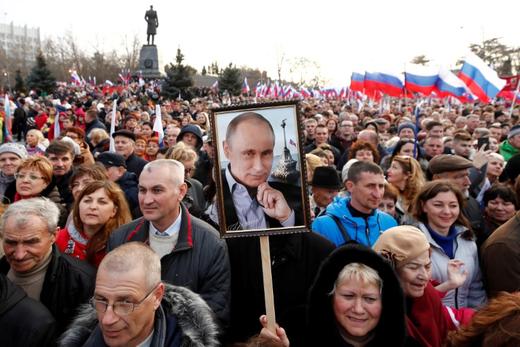 Russia and Saudi Arabia reaffirmed their OPEC oil cuts agreement, which under current circumstances will lead to an increase in production. Foreign Minister Sergei Lavrov met with Republican US Congress members in Moscow yesterday, with both sides expressing hope to improving relations and cooperation; Duma member Vyacheslav Volodin described their current relationship as “practically at zero”. The Duma is backing an unpopular preliminary proposal to raise VAT, despite its effects on Vladimir Putin’s popularity ratings. The Central Bank has almost tripled the yuan’s share of its foreign exchange and gold assets, bringing the total yuan share to a fifth of its holdings. The Guardian makes predictions regarding the upcoming Trump-Putin summit: “Putin will have an easy time capitalising on Trump’s ignorance, vanity and complacency.”

A teenager was detained among a group of activists who staged a protest outside the St. Petersburg World Cup stadium yesterday. Viktoria Skripal, the niece of former spy and UK nerve agent attack victim Sergei Skripal, is running for a seat in Yaroslavl. She says that if the UK truly wanted its investigation into the incident to be independent, it would have allowed representatives of various countries, including Russia, to take part. Despite international sanctions, Russia’s oligarchs have collectively expanded their wealth by at least $10 billion this year, although Gennady Timchenko had to sell his private jet.

The headlines warning of violence and ultra-nationalism ahead of the World Cup do not reflect the reality, argues this piece: “This. World. Cup. Is. Good.”

PHOTO: A picture of President Vladimir Putin is held at a Sevastopol rally marking the fourth anniversary of Russia’s annexation of Crimea, March 14, 2018. (REUTERS/Maxim Shemetov)