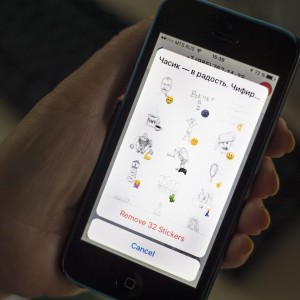 The former mayor of Yaroslavl, opposition politician Yevgeny Urlashov, has been sentenced to an ‘extraordinarily harsh’ 12 1/2 years in prison on corruption charges he claims are fabricated.  ‘I was condemned because I spat in the face of United Russia!’ Urlashov said whilst being led away by police, a not unlikely motive, the Moscow Times agrees.  Oleg Navalny, the brother of opposition leader Alexei Navalny, has used his time in jail (3 1/2 years for defrauding a cosmetic company, also believed to be politically motivated) to draw a set of stickers illustrating life in prison for an online messaging platform.  The region of Kursk is, according to a new report by the Prosecutor General’s Office, the most corrupt region in Russia.  Spirits are apparently high among the Russian Olympic contingent in Rio, as a number of potential competitors have managed to secure a place there thanks to new, more lenient regulations on anti-doping sanctions.  Nonetheless there will be no Russian weightlifters present after the Court of Arbitration for Sport rejected the country’s appeal against a ban.  FIFA has apparently begun investigations into the use of performance-enhancing drugs by 11 Russian footballers.

The Russian military has claimed that U.S. backed Syrian militants have used a toxic agent against civilians in Aleppo, killing seven people.  According to Brian Whitmore, there is evidence that Russian hackers deliberately left digital fingerprints on the DNC hack to prove that Russia is a cyber power to be reckoned with.  Could be working – they’ve got Newsweek wondering if Russia could go so far as to hack electronic voting machines in the U.S. elections.

The number of terror crimes recorded in Russia has increased by a dramatic 73% since the start of the year, finds a new report by First Deputy Prosecutor General Alexander Buksman.  Bloomberg examines how Central Bank governor Elvira Nabiullina is harnessing digital media to help citizens understand what the bank is and the mysteries of its operations.