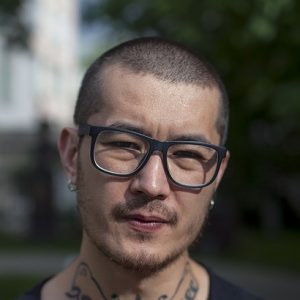 The chief editor of Novaya Gazeta has appealed to the media and President Putin to reverse the deportation ruling on journalist Khudoberdi Nurmatov, who has apparently tried to commit suicide while in detention awaiting deportation to Uzbekistan. Activists in Moscow have picketed the presidential office building to protest the decision. Kremlin spokesman Dmitry Peskov maintains that though the situation is ‘very difficult’, the reporter, who faces persecution for being openly gay, has violated migration laws. The award-winning Moscow teacher who claimed that he was fired from his post for his political leanings has now been reappointed. Opposition leader Alexei Navalny has been fined $5,000 for inciting his supporters to protest and distribute anti-Kremlin material in July. Campaign workers for the 2018 presidential hopeful have reported that a group called ‘Putin’s Brigades’ (apparently made up principally of elderly women) attacked his local headquarters in Krasnodar. Russian-appointed judges at a court in Crimea have begun a new hearing in the trial of RFE/RL contributor Mykola Semena, who is fighting what he describes as a politically-motivated separatism charge. The story of a state TV reporter who was punched live on camera by a drunk man shouting ‘we’ll capture Ukraine!’ has become a source of reflection about Kremlin propaganda, as one journalist noted: ‘a victim of propaganda showed a propagandist that his efforts to turn the Russians into half-wits are not in vain’.

Rosneft has announced that its second-quarter net profit has beaten expectations, coming in at $1.13 billion. Pipeline monopoly Transeft is confident that new US sanctions will not hurt it and Reuters agrees that whilst they will make the construction of two gas export pipelines to Europe harder, the projects are unlikely to be stopped. Now the sanctions have been codified into law, Russian markets have showed signs of recovery. Bloomberg examines the gloomy prospects for the economy as the sanctions-based ‘new normal’ takes root. According to a new poll, most Russians have learned to live with the ban on foreign food imports that was introduced three years ago. A politically-motivated ban on Turkish tomato imports has been a boon for domestic production, says this article.

President Putin has said he will ‘think about’ running for a fourth term as president.