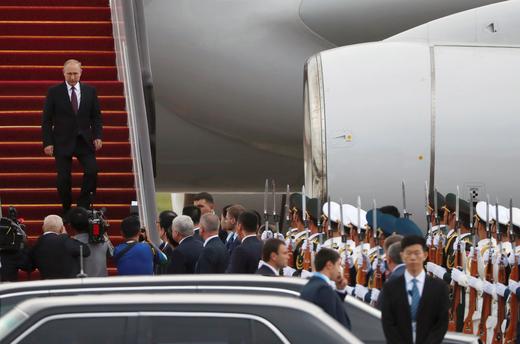 The Foreign Ministry is deeply concerned about news of North Korea’s missile test, which was in contravention of international law. The Kremlin says the UN’s sanctions against Pyongyang have had zero positive impact. President Vladimir Putin is urging the international community to stay calm, and stressed that a solution to the current discord will only be achieved through careful diplomacy; he has no plans to speak to North Korean leader Kim Jong-un himself. Putin had warned on Friday that the standoff between North Korea and the US is close to becoming a large-scale conflict. What of the distrust that Russia itself has been fomenting with its military exercises, asks the FT. The US Embassy in Moscow will scrap at least three of its major cultural programs in the wake of significant scaling back of its staff, following an order from Russia’s Foreign Ministry in July. After the US said it would search the Russian consulate in San Francisco (which it has also ordered to be shut down), plumes of smoke were seen leaving the building. The US is also planning to search a Russian trade mission building in Washington.

Putin says that whoever becomes the leader in the sphere of artificial intelligence “will become the ruler of the world”. Oxford University, the Tate Modern, and the V&A museum in the UK have all named buildings after former TNK-BP director Len Blavatnik, whose lavish philanthropy, including a $1 million donation to the inauguration of Donald Trump, are drawing attention. Pussy Riot member Maria Alyokhina talks to the Guardian about her new book, which is circulating as samizdat (unofficially distributed, banned writing) in Russia.  A female candidate could boost interest in next year’s otherwise totally predictable presidential election. Ekho Moskvy journalist Yulia Latynina says her car was the object of an arson attack outside her home; her apartment was poisoned earlier this year.

The extent of the rescue required by Otkritie Group (which consists of around 30 legal entities) could be as much as $6.9 billion, according to the Central Bank. A schoolteacher in Bashkortostan is testing the government’s insistence that Russians should be able to live on $158 per month (the minimum qualifying income was reduced last March, some say, in a ploy to ensure that fewer people would be able to claim benefits). Meanwhile the total capital of Russia’s dollar-billionaires increased by $17 billion this year. Russia’s fish farmers and agriculture industry are booming thanks to the sanctions restriction Western imports (a tit-for-tat response to anti-Russia sanctions).