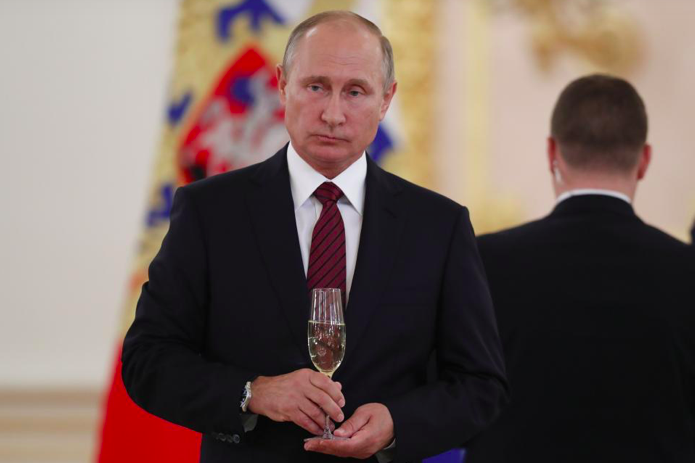 The purchase of a $9.1 billion stake in Rosneft by CEFC China Energy has strong government support, according to the private company’s founder, who said the investment was largely driven by the Belt and Road Initiative. This share was actually “relatively cheap”, says Bloomberg, and contributes to China’s long-term supply security. The European Bank for Reconstruction and Development will shut 5 of its 7 Russian offices next year, as part of its wider freeze on Russian lending, sparked by the Ukraine crisis in 2014. Only the Moscow and St. Petersburg offices will remain. Bloomberg addresses the issue of Russia’s growing Middle Eastern clout. The Kremlin is warning supporters of opposition leader Alexei Navalny that they will face prosecution if they organise and hold rallies without government permission. The New York Times reviews Masha Gessen’s new book, “How Totalitarianism Reclaimed Russia”.

President Vladimir Putin met with Jon Huntsman, the new US ambassador to Russia yesterday, marking the formal start of his appointment. Putin offered condolences to the US over the terrorist attack in Las Vegas over the weekend, and expressed his hopes for better diplomatic ties. “The current level of the ties cannot satisfy us. We stand for constructive, predictable and mutually beneficial cooperation.” Putin says that, despite some construction work on the 2018 World Cup stadiums being behind schedule, he is satisfied with the overall condition and there are no critical delays. The European Court of Human Rights ordered Russia to compensate journalists who were sued for writing about the Kursk nuclear submarine disaster in 2000.

Google has removed Russia’s state-funded RT network from its premium YouTube ad program, amidst concern about Russia’s use of digital platforms to influence the US presidential elections last year. It is thought that the 3,000 politically divisive ads purchased on Facebook by Russia-based buyers with the aim of swaying the election result managed to reach 10 million people in the US. The Culture Minister is under fire for submitting “unscholarly, and in places downright absurd” work for his doctorate.

PHOTO: Russian President Vladimir Putin holds a glass of champagne during a ceremony to receive credentials from foreign ambassadors at the Kremlin in Moscow, Russia October 3, 2017. REUTERS/Pavel Golovkin/Pool