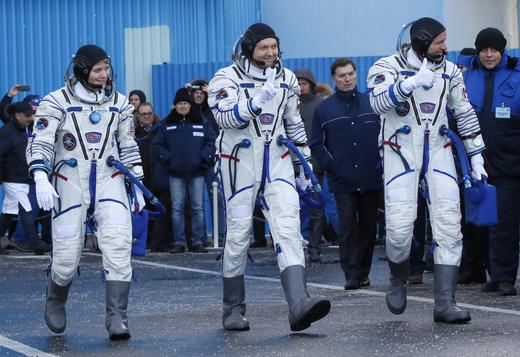 The Kremlin denies accusations that it is plotting takeovers of the Ukrainian sea ports Mariupol and Berdyansk. But Russia’s ongoing blockade in the Kerch Strait, which is a gateway to the Azov Sea, is preventing cargo from reaching the other ports, bringing commercial activity to a standstill. (Russia is blaming the weather.) A German conservative MP noted that Putin “escaped nearly unscathed with his renewed aggression against Ukraine” at the G20 summit. Vladimir Frolov argues that Donald Trump’s cancellation of his G20 meeting with Putin was a major fail, forcing a missed opportunity to discuss arms control. The topic is on NATO’s agenda for its meeting today. The Kremlin insists that Putin’s ebullient high-five greeting to the Saudi Prince (dubbed the “bro-shake”) at the G20 summit was merely a reflection of “good personal relations”, and that Putin often greets world leaders in a similar manner. In response, the Washington Post compiled a video of Putin’s various greetings of leaders at the G20 summit. Ukrainian police are searching Russian Orthodox churches and the homes of priests as part of a criminal investigation into the incitement of hatred and violence, in relation to tensions that have arisen since the clash of the Russian and Ukrainian Orthodox churches and the latter’s independence.

Human Rights Ombudswoman Tatyana Moskalkova has admitted that Russia’s decriminalisation of domestic abuse last year was “a mistake”, and called for a new law to address the problem. Human rights activists say that domestic violence complaints are much higher since the new law was adopted. Social spending cuts which began this year are taking their toll on kindergartens, higher education colleges and maternity wards in Russia’s regions. Taxi drivers in Moscow are protesting poor working conditions and low wages. Dmitry Kiselyov, a popular state television presenter, spoke out on air in support of the rappers who say they are being targeted by a government crackdown. He praised their patriotism, compared them to Soviet poet Vladimir Mayakovsky, and then rapped some of his verses. Why does the Kremlin speak so highly of its Soviet accomplishments? “Polls consistently show that history is the main source of pride for many Russians.”

Germany’s Foreign Minister suggested that support for the Nord Stream 2 gas pipeline (which bypasses Ukraine) will enable Germany to help Ukraine. The Central Bank is considering asking for forewarning regarding foreign exchange deals that could affect the ruble.