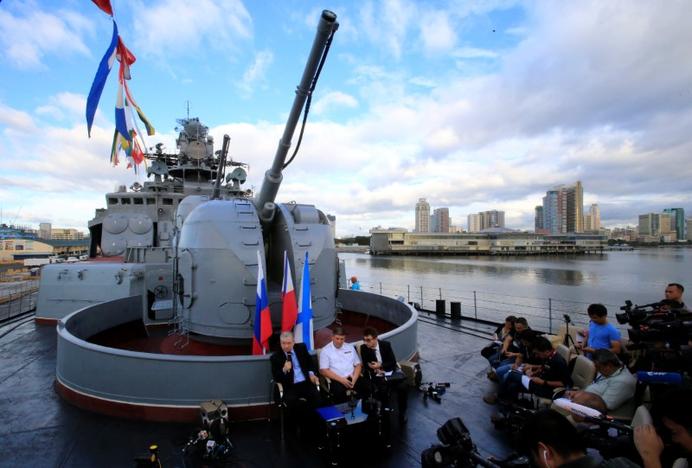 The Defence Ministry is trying to put the blame for the destruction of Syria on the U.S., saying that its ‘scorched earth policy’ has destroyed the country’s infrastructure and killed thousands of its citizens.  Russia is ready to supply the Philippines with a range of sophisticated weapons as part of its bid to improve ties.  Bloomberg argues that Russia’s promises to cut output this year may be meaningless in terms of its impact on oil prices given that, since talks on the cut began, production has risen by more than the agreed cut to production.  In briefings ahead of his potential appointment as U.S. Secretary of State, ExxonMobil CEO Rex Tillerson says he is aware of the threat posed by Russia, but that the U.S. needs to engage with it due to its role as a global energy supplier.

The news that U.S. special operations forces are working in the Baltics to reassure ‘terrified’ NATO allies Latvia, Lithuania, and Estonia, have prompted some hasty propaganda about ‘nuke-ready missiles’ from The Sun.  Ukraine is threatening to blacklist French presidential candidate Marine Le Pen for claiming that the annexation of Crimea was legal.  Police in Moscow briefly detained six people who staged a protest demanding the disclosure of the whereabouts of jailed activist Ildar Dadin.  A British finance journal has named Central Bank head Elvira Nabiullina as Europe’s Banker of the Year, praising her successful efforts to combat inflation last year.

U.S. President-Elect Donald Trump appears to be siding with Julian Assange against the CIA on the question of Russian hacking.  Wired compiled a chronicle of all the statements Trump has made about the hacking allegations from the beginning. ‘These aren’t the statements of someone who’s interested in getting to the bottom of this.’