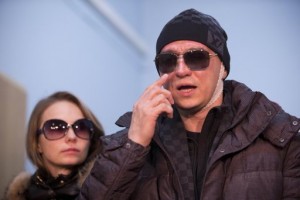 The Kremlin has hired Goldman Sachs for three years to boost its overseas image for institutional investors, as Bloomberg notes that the trial of Alexander Lebedev, the death of Sergei Magnitsky, and Russia’s overall ‘parasitic bureaucracy’ is putting investors off.  Lebedev’s newspaper, the Evening Standard, has just won its bid for a London television franchise.  Former liberal politician Leonid Gozman, after being questioned by the Investigative Committee over allegations against Alexei Navalny, says he thinks they are being used to enact a political vendetta against the anti-corruption blogger and activist. ‘I think they have been ordered to put Navalny in prison, and how they are supposed to do that is their problem. I have a feeling they do not believe Navalny stole money from SPS.’  Novelist and opposition activist Boris Akunin says he will give up speaking at rallies.  Inflation accelerated at its fastest rate in 15 months in January.

A rumour that U.S. Vice President Joe Biden and Foreign Minister Sergei Lavrov could work together to maintain control of Syria’s chemical weapons in the event of the current Syrian government’s collapse could be a positive development in relations, says the Washington Post.  But the New York Times is pessimistic about resetting the reset: ‘Outside the traditional U.S.-Russian bilateral realm of arms control, there is no great opportunity for the Obama administration in Russia.’  The Investigative Committee has invited the U.S. Attorney General to Russia to discuss cases of violence against Russian children by U.S. adoptive parents.  U.S. imports of turkey may be banned, in addition to the existing ban on beef and pork, over concerns about ractopamine.  Russia is set to resume wine and water imports from Georgia, a move towards rebuilding relations.  Finance Minister Anton Siluanov says Russia is more likely to ease the terms of its already existing loan to Cyprus than to issue a new one.

Sochi’s United Russia MP denies that the region is run by mobsters.  Over 90 Russian websites containing child pornography have been shut down this year.  Some anti-censorship activists feel that the Kostroma region’s plan to create a ‘clean’ version of the Internet is going too far.  Is Volgograd to become Stalingrad for good?  Vladimir Putin reportedly invited Boyz II Men to perform romantic ballads in Moscow in February 6 ‘as part of an effort to raise the country’s birth rate’.

PHOTO: Artistic director of the Bolshoi ballet Sergei Filin, right,, and his wife Maria, speak with the media as he leaves a hospital in Moscow, Russia, Monday, Feb. 4, 2013. (AP Photo/Misha Japaridze)