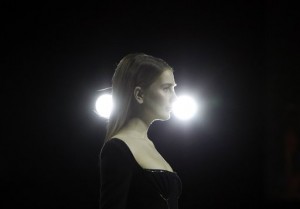 As the Orthodox Church comes under fire for its treatment of Pussy Riot, Patriarch Kirill stands accused of extravagance over images of him wearing an expensive watch.  The church’s recent ‘shift towards’ Vladimir Putin ‘is a gamble which some experts say could yet backfire and undermine its authority’, says Reuters.  The chief of police has finally banned officers from forwarding complaints against local officials to the subject of the complaint.  Former judge Sergei Zlobin has criticised the justice system, saying that he was forced to resign for trying to bring order to the courts: ‘A Russian judge is the most dependent of people.’  Police have searched the offices of privately-owned television channel REN-TV.  The FSB is expelling a Finnish national who has lived in Russia for 13 years, due to his involvement in an anarchist movement and his participation in opposition protests over the winter.

Political protests in the major cities have lulled, but the expression of dissonance is moving to the provinces, says Boris Kagarlitsky.  The Communist Party has been granted permission to hold a series of rallies in Moscow during the May holidays.  The Other Russia has posted footage of oppositionist Ilya Yashin speaking at the University of Texas.  President Dmitry Medvedev dismissed Murmansk governor Dmitry Dmitryenko, and nominated Emergency Situations Minister Sergei Shoigu as the next Moscow governor, contributing to speculation that ‘the Kremlin is pushing to shuffle the posts before a long-awaited bill allowing direct gubernatorial elections is passed.’  The ex-mayor of Shakhty, in Rostov, has been shot dead in Moscow.

Foreign Minister Sergei Lavrov has warned the U.K. and its allies not to arm Syrian rebels if it wants to see an end to the current conflict.  Is Russia seeking to exert more diplomatic influence over the crisis?  Diplomatic relations with the U.S. continue to be rocky, with Lavrov accusing Ambassador Michael McFaul of ‘arrogan[ce]’ over the question of missile defense.  The New York Times suggests that ‘the reset is unlikely to survive Vladimir Putin’s return to the presidency in May’.  Chechen separatist leader Akhmed Zakayev, thought to be on Ramzan Kadyrov’s hitlist, says he feels safe in London despite rumoured plots to kill him.

Independent journalist Elena Milashina, honoured for her work by Human Rights Watch, claims she was beaten and robbed outside of Moscow.  It is thought that this week’s deadly UTair ATR-72-200 crash was caused by a failure to de-ice the plane before takeoff.  Anna Chapman is *not* at the center of the latest Russia-U.S. spy scandal.  The Economist writes on the popularity of Greece as a tourist destination for Russians.