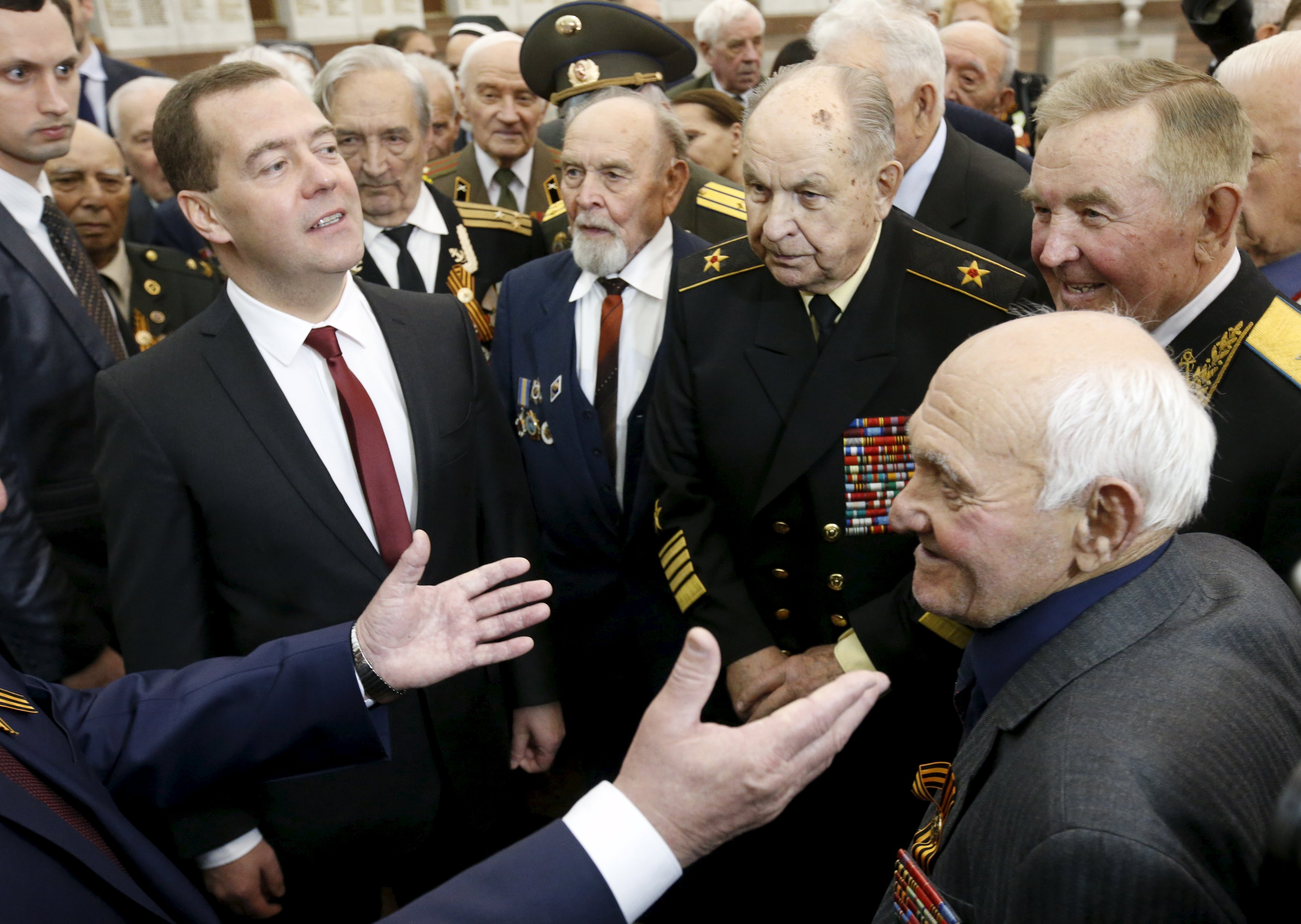 Moscow’s patriotic Victory Day celebrations this week ‘help unite a Russian nation that has been struggling to define its national identity since the collapse of the Soviet Union,’ says the FT.  Vox argues against the Western notion that ‘Russians feel aggrieved by the loss of the Soviet Union and all the respect that came with being a global superpower’.  This weekend’s Victory Day parade in Moscow will be a ‘solemn and overtly patriotic occasion’, marking the transition from the Soviet to the post-Soviet era, says Mary Dejevsky.  Chinese leader Xi Jinping will be in Russia later this week to take part the celebrations; United Nations Secretary-General Ban Ki-moon will attend earlier in the week.  New legislation signed by President Vladimir Putin increases tenfold (to a maximum of $19,000) the fine that media watchdog Roskomnadzor can levy against news organisations accused of inciting extremism.  Putin is no Stalin, says Maxim Mironov; rather, he controls Russia with a classic ‘family business’ model.  An election monitor who recorded alleged ballot stuffing in a Moscow-region vote last month has been hospitalised after being attacked.

Ukraine wants Gazprom to pay it $16 billion to resolve their ongoing gas pricing dispute.  Polls indicate that the Czechs are wary of the Kremlin and want to deepen ties with NATO, in contrast with their President’s ostensibly pro-Russian views.  Finland denies that attempts to improve communication with former army conscripts are an attempt to deal with a more assertive Russia.  Norway is stepping up its monitoring of Russian military activity, though the two sides are maintaining some cooperation.  Russia’s ruble is advancing into Ukraine, in what analysts are calling ‘yet another sign Russia’s going to keep de facto sovereignty over the territory it and the separatists control’.  By 2019, the European Union will be looking to Turkmenistan for its natural gas deliveries.

The first Russian owner of the Moscow Times, Demyan Kuryavtsev, denies that the end of foreign ownership will curb the newspaper’s independence.  The Washington Post analyses Putin’s recent remarks for a television documentary regarding his years in power as ‘paranoia’.  The Guardian has a round-up of Russia’s economic, environmental, and civil rights issues.  Moscow for sale?

PHOTO: Russia’s Prime Minister Dmitry Medvedev (L) meets with World War Two veterans at the Central Museum of the Great Patriotic War at the Poklonnaya Gora War Memorial Park in Moscow, Russia, April 28, 2015. Russia will celebrate the 70th anniversary of the victory over Nazi Germany in World War Two in May. REUTERS/Sergei Karpukhin