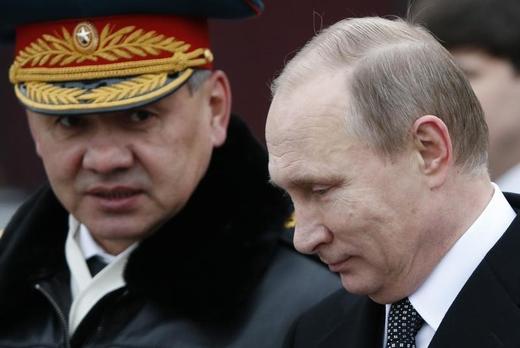 TODAY: Russia reveals plans to expand in response to NATO buildup, threatens retaliation for further NATO expansion; Russia and US agree on 48 hour ceasefire for Aleppo; Kremlin dismisses MH17 crash report from Britain, which implicates Russian anti-aircraft launcher; Savchenko only to be extradited if sentence upheld in Ukraine.

Exchanges between NATO and Russia are continuing tensely this week, with Russia revealing plans to reinforce its ranks with three new army divisions before the year is out, and threatening to retaliate against NATO’s plans to boost its own presence in Poland and the Baltics.  The new divisions are aimed at counteracting NATO’s buildup around Russian borders, according to Defence Minister Sergei Shoigu who made the announcement.  The news seemingly prompted NATO’s new European commander to insist that the alliance is still relevant and vital.  Mark Galeotti says everyone needs to stop panicking about Russia’s so-called hybrid warfare, insisting that Russia has ‘zero ambitions to capture the Baltic states in the first place, but even if it did, the US and NATO could do a whole lot to punish it for doing so’.  President Vladimir Putin’s approval ratings continue to be sky-high.  Volunteer ‘activists’ are to help police raid Moscow’s city beaches to crack down on drinking and smoking.  Prison overcrowding is presently so bad that the Federal Penitentiary Service is asking officials to make fewer arrests.

Russia and the US agreed today to extend the cessation of hostilities in Syria to Aleppo, a region currently suffering intense violence, for the next 48 hours.  Foreign Minister Sergei Lavrov distanced Russia from Syrian President Bashar al-Assad as an ally, saying that Turkey and the US are closer allies than Russia and Assad.  The Kremlin says the new report into the MH17 crash over eastern Ukraine in 2015 by British semi-amateur investigators Bellingcat is speculative, based on rumour, and unlikely to be true.  The report claims it identified some qualities of a Russian Buk anti-aircraft launcher in the launcher supposedly responsible for the crash.  The FSB, Russia’s Federal Security Service, says it has thwarted a group of potential terrorist attacks in the Moscow region.

Brian Whitmore says the Spanish investigation linking high-ranking senior Kremlin officials to the mafia is ‘proof’ of ‘the nature of Vladimir Putin’s regime’.  In the latest twist of the Nadezhda Savchenko case, Russia says it will only provide extradition documents for the former Ukrainian pilot if her prison sentence is upheld.  The Guardian spoke to members of the LGBT community in Kyrgyzstan, which has, it says, followed Russia’s lead in making homophobia a state practice by introducing its own ‘anti-gay propaganda’ law, with disastrous results.